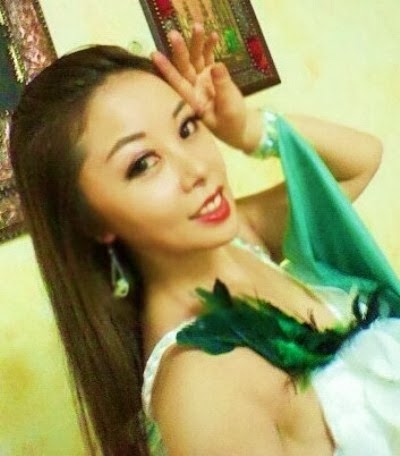 Choreographer and dance instructor Hye-kyoung Lee doesn’t look old enough to have played a company secretary over 20 years ago, but that small role on a then-popular Korean TV drama was her acting debut. Four years after that, she began performing in the Korean adult entertainment industry, where she became one of its most popular stars, working with other top actresses in the business, such as Mi-oh Ryu, Se-hee Jung, and Do-hee Jin. Names so relatively unknown outside of Korea, only those who have spent a significant amount of time in Korea, may recognize them.

Known in Korea as “ero” movies (short for “erotic”), Korean adult films are mild by Western standards, as lower-frontal nudity isn’t shown, nor are the many “variants” that are produced by the US adult film industry. Even though there’s a bit of a social stigma attached to eroticism in Korea, where Confucianism is a fundamental part of its society, Hye-kyoung doesn’t feel any need to hide her adult film past, not that she should. She was willing to speak with me candidly about her past vocation, as well as her life these days, where she spends many hours a week in the dance studio, motivating her students to realize their dreams of performing on stage. The above, and very recent, photo is courtesy of Hye-kyoung, herself.

CHRIS CHARLES: When did you start acting?
HYE-KYOUNG LEE: I started 20 years ago, when I was 17.
CHRIS: And how did it happen?
HYE-KYOUNG: I was walking down the street in Seoul’s Mok Dong district and a television director approached me and asked me if I was interesting in acting or modeling. I didn’t think I had the talent, but I still talked to him about it and he gave me his business card.
CHRIS: So you called him and he cast you?
HYE-KYOUNG: Yes. My start was a small role on a TV drama entitled Human’s Land when I was 17.
CHRIS: What part did you play?
HYE-KYOUNG: I played a personal secretary at a company, but it was a non-speaking role.
CHRIS: How old were you when you did your first ero movie?
HYE-KYOUNG: I was 19.
CHRIS: Did you start doing nude modeling before or after you did your first ero movie?
HYE-KYOUNG: After.
CHRIS: I know you’ve worked with Ryu Mi-oh and Jin do-hee. Who were some other ero actresses you worked with?
HYE-KYOUNG: Maybe you know Seo Young-eun, Jung Se-hee, Seo Hwa, and I’ve forgotten the other names.
CHRIS: Well, I definitely know Jung Se-hee. Did you ever work with (the infamous) Eun Bit?
HYE-KYOUNG: I don’t recall working with her.
CHRIS: So, you did ero movies from 1996 until ….?
HYE-KYOUNG: From 1997-2001.
CHRIS: Why did you get out of the adult business after just four years?
HYE-KYOUNG: I wanted to just take a rest from it. I’m not patient and I don’t like competition.
CHRIS: Have you ever appeared on any TV shows?
HYE-KYOUNG: No, but I did my own Internet broadcast show.
CHRIS: Did you do that the same time you were doing ero movies?
HYE-KYOUNG: Yes, maybe from 1998-2001.
CHRIS: Did you have many fans during the time you were an ero star?
HYE-KYOUNG: When I was an Internet jockey, I had over 3000 fans. When I stopped, they just seemed to go away.
CHRIS: Did you do nude shows as an Internet jockey?
HYE-KYOUNG: I was doing mostly talk shows, but sometimes during them, I was semi nude for a short time.
CHRIS: Did you ever have guests on your show?
HYE-KYOUNG: Sometimes I had other IJs as guests on the show.
CHRIS: Did you know Ddal-gi? (Author’s Note: “Ddal-gi” was an Internet porn star who gained headlines in Korea after being arrested in Korea for doing hardcore Internet porn – illegal in Korea – while she was in Canada.)
HYE-KYOUNG: When I debuted as an IJ, she was not in the business. She was “normal” girl and just an aquintance of mine. She debuted while I was taking a rest from the business. She would sometimes call me to “pinch hit” as a guest IJ on her show.
CHRIS: Did you ever work with Oaem Da Hye?
HYE-KYOUNG: No. I just saw her once, walking by.
CHRIS: Do people still recognize you today from your ero movies or nude modeling?
HYE-KYOUNG: No, never.
CHRIS: Did you have any funny experiences while making an ero movie?
HYE-KYOUNG: Once, I was on location in the forest shooting a sex scene and we (my male costar and I)  felt something below us. When saw what it was, I screamed “oh my god, it’s a snake!” Fortunately, I was okay, but unfortunately, he was bitten by it, so he had to go to the hospital. However, it wasn’t serious.
CHRIS: Yes, I guess that would definitely kill the mood. So, after you quit acting in ero movies in 2001, you continued acting in mainstream films until 2009?
HYE-KYOUNG: Yes but I was just doing a little acting from 2001-2009. I also owned a coffee shop during that time. It was a whiskey bar and coffee shop, but it has since closed. My last movie was Private Eye in 2009. It starred Hwang Jung-min but our scenes were filmed separately. I had a part in the first scene.
CHRIS: I know Korea is still a pretty conservative society, and some of the people have a poor opinion of ladies in the adult entertainment industry there. Did you and other ladies in the ero industry ever have any problems with that?
HYE-KYOUNG: Yes, Korea is still a conservative society, so when I was doing ero movies and nude modeling, I couldn’t tell my family about it. If your family knows that’s what you do, they may kick you out of the home. Especially if the family is a prominent or high-achieving family. So, our nude photos and ero movies we had to always keep secret from our families.
CHRIS: Yes, I understand. So these days, do you still model sometimes?
HYE-KYOUNG: No. These days, I’m a dance teacher and choreographer.
CHRIS: Yes, I see that. When did you start studying dance?
HYE-KYOUNG: I began eight years ago, but I took a four-year rest and recently started again.
CHRIS: So, do the classes you teach have regular performances?
HYE-KYOUNG: Yes, that’s right.
CHRIS: Do you have any dance performances coming up that you, yourself, will be performing in?
HYE-KYOUNG: No, I don’t like performances because the preparation takes such a long time. I just teach and choreograph my students.
CHRIS: I’ve seen some videos of some of your classes and your students really seem to be motivated by you and clearly enjoy themselves. So, what is your dream that you someday hope to achieve?
HYE-KYOUNG: I want to open my own drama playhouse and become an successful dance choreographer.
CHRIS: Well that’s all the questions I have for you, Kyoung-hye. Thank you so much for taking the time to do this!
HYE-KYOUNG: Thanks for your time too!
228