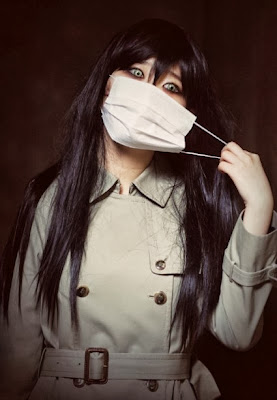 The Japanese urban legend of Kuchisake-onna (the Slit-Mouth Woman) was believed to be very real in Japan’s Nagasaki Prefecture in 1979. In fact, reports back then were given such merit, the police stepped up patrols in the area and parents were warned not to let their children walk the streets unaccompanied by an adult.

Details of Kuchisake-onna’s legend vary from source to source but the prevailing tale is that she was the very beautiful wife of a Samurai warrior during Japan’s Heian Period (794-1185). When her husband discovered she had been unfaithful to him, he became outraged and slashed her mouth from ear to ear, leaving her horribly disfigured, wearing a permanent gaping and grotesque, evil smile. He then asked her; “Who will think you’re beautiful now?”
The modern legend has the Slit-Mouth Woman wandering the streets of Japan, wearing a surgical mask. As it’s common in Japan for people with colds to wear surgical masks in public to avoid spreading their germs to others, this is not an unusual sight. Tall with long, jet-black hair, wearing a long overcoat, she appears usually at night, before children or sometimes college-age students, but never older adults. She asks “Am I pretty?” If the answer is no, she kills the young person with a huge pair of scissors she carries. If the answer is yes, she lowers the mask and asks, “How about now?” If the answer is then no, the young person is killed. If the answer is still yes, she slits the young person’s mouth to resemble hers.

You can’t win with this lady and it’s impossible to escape her by simply running away, as she will just reappear again in front of the victim. However, it is believed that one can escape her using other methods. One being by answering her evasively, thus being able to run away while she’s confused or lost in thought. Another is by throwing candles or fruit at her (if one should just happen to have either on them when encountered), which she’ll pick up, giving the intended victim a chance to flee. Above is Korean cosplayer Mussum’s winningly accurate representation of the character.

There have been several screen adaptations of the character and legend over the years, but I’ll just touch on two here. The 1996 movie Kuchisake-onna put a modern slant on the story with the title character as a victim of plastic surgery gone horribly wrong. It starred unknown actress Naomi Hagiwara. Strangely, Miss Hagiwara didn’t have any acting credits before this movie and never appeared in anything since. No information about about her was ever released by the film’s producers and her casting was kept very secretive. It’s been rumored that she was murdered shortly after the making of the movie by an unknown assailant who used a large knife, presumably to create the belief that Kuchisake-onna truly existed and killed the actress because the ghost was outraged by being portrayed for the sake of profit and entertainment.

No police records confirming Miss Hagawara’s rumored murder ever surfaced and the unofficial reports of the actress’ death can easily be dismissed as canard perpetrated by the producers of the movie to gain publicity, by creating an urban legend within an urban legend. However, Miss Hagiwara never made any public appearances after the movie’s release to squelch the rumors, thus keeping alive the speculation of her murder to this day. 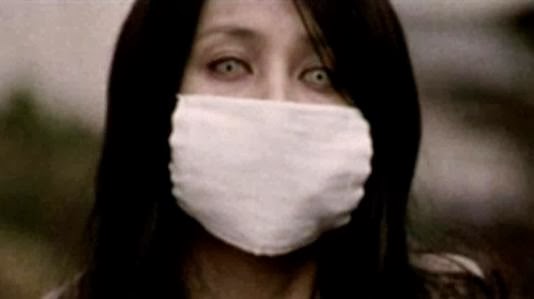 Miki Mizuno as Kuchisake-onna from 2007’s Carved
(Click on the photo if you think she’s pretty.) 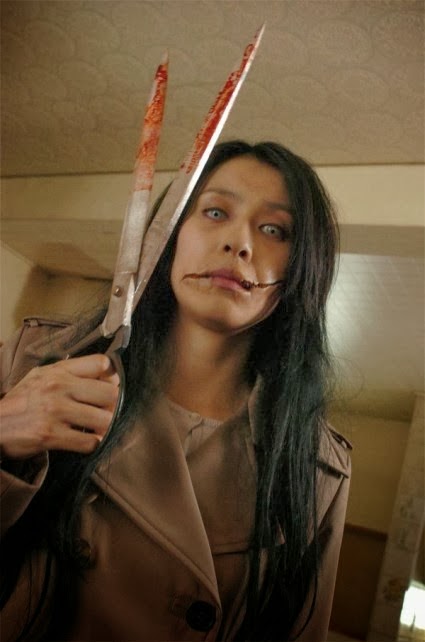 Another look at Miss Mizuno from Carved

Besides the screen versions, over the years, there also have been many makeup gurus, artists, and cosplayers (not to mention Twitter users) who’ve tried their hands at creating their interpretations of the Slit-Mouth Woman. Below are a couple of the cosplayers (besides Mussum) whom I feel have done the best jobs at capturing the essence of the Slit-Mouthed Woman. 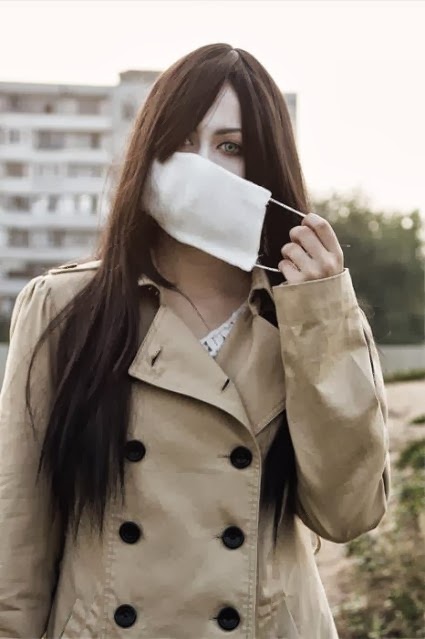 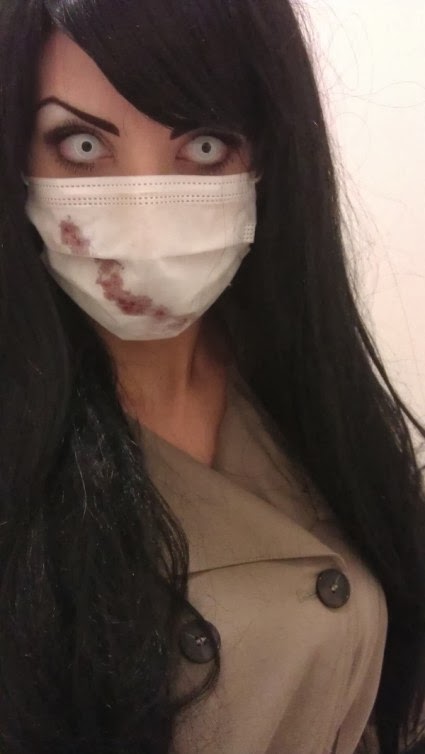 To do something a little different with this Friday the 13th piece, here’s a pre-death scene of one of the higher-profile actresses whose character became another notch on Jason’s Voorhees’ machete.

Even though Terry wasn’t shown getting killed on camera in Friday the 13th Part II, we know she did, and knowing Jason, we also know it wasn’t pretty. As for Kirsten Baker, the portraying actress,