The above circa 1940 video of Chinese-American burlesque queen Noel Toy performing her famous fan dance, makes it clear to see why she was was often billed as “The Chinese Sally Rand.”

Undoubtedly the most famous Asian-American Burlesque performer of her time, Miss Toy began her show biz career as a photographer’s nude model at the Golden Gate International Exposition in 1939. Since Asian nude models were a rarity at the time, word soon spread around the San Francisco Bay Area and Noel was contacted by the owner of “Forbidden City,” a once-popular nightclub in San Francisco’s Chinatown. Believing Noel was just what he needed to spice up his club, the owner offered her 50 dollars a week (good money for that time) to headline at Forbidden City, which was where she first became known as the Chinese Sally Rand. There, she made famous her fan and “bubble dances,” the latter in which she used large balloons, rather than fans. According to Miss Toy, some customers were successful in popping her balloons with their cigarettes, “but they also go it on their bill.”

Noel’s popularity soon escalated and led to an article in the San Francisco Chronicle. A spread in Life magazine soon followed and with the national attention she gained from that, she went on to headline at premier clubs in New York, Boston, and Montreal. Her dance career lasted until she got married in 1945, after which she went into acting, landing small roles in movies starring some of Hollywood’s biggest names at the time. Miss Toy passed away in December of 2003, three days shy of her 85th birthday. 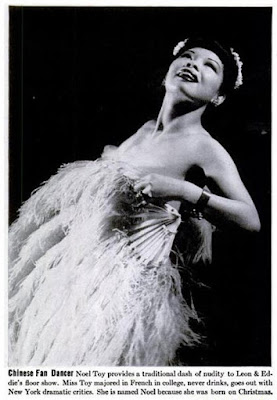 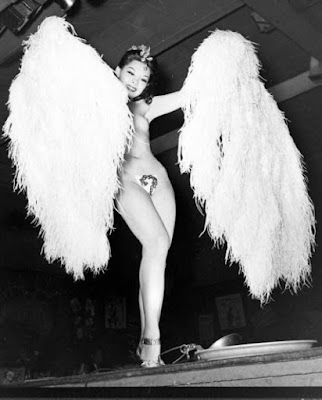 Left: From her feature in the February 9th, 1942 issue of Life magazine.
Right: Giving a peek at what little she wore during her fan dance … 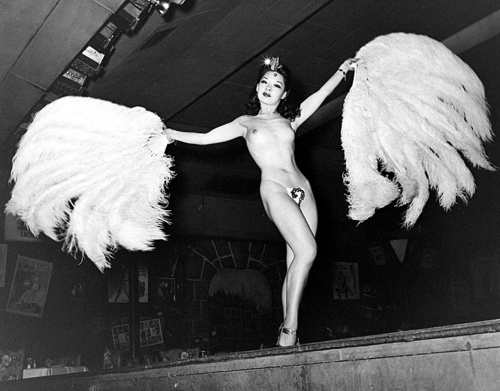 …and occasionally during her performances, Noel would treat
the audience to views completely unobstructed by her fans. 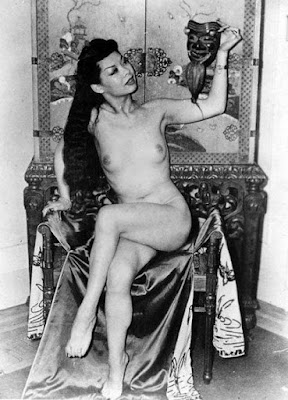 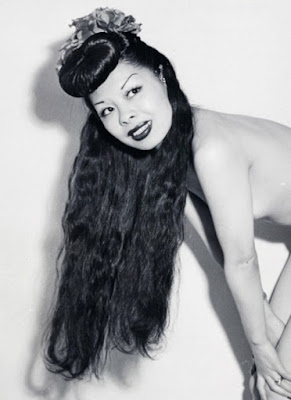 Left: One of her more risque promo photos, circa 1942.  Right: Promo
photo, circa 1945, near the end of her burlesque career. 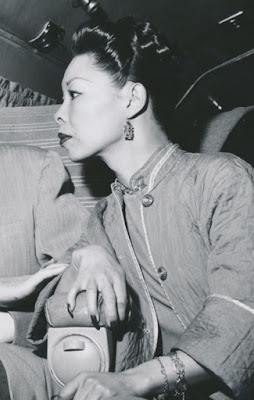 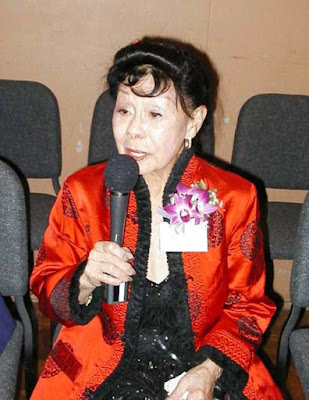 Left: A then 36-year-old Noel in a still from the 1955 film Incident on the China Coast. Right:
In 2002, at SF State’s McKenna Theater for the Forbidden City, USA DVD launch party.

Born and raised in San Francisco, actress Natalie Stephany began her acting career on the stage in such plays as Footloose, Beauty and the Beast, and Gypsy, where she had her first speaking role as

(Author’s Note: This article is for the very few expats and English-speaking Koreans, who were in South Korea in the mid-2000s, during this play’s run at the Top Art Hall theater in Seoul’s Deahangno theater