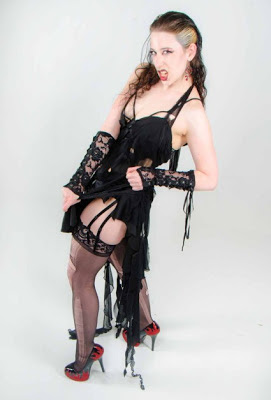 Sexy and macabre horror hostess Screamvina Ghoul can be seen at all the eerie events in and around her native Portland, “Horroregon.” She also lays claim to being the “second most evil woman in Portland.”

SCREAMVINA: I’d like to give a scream-out to all of My Horribles, and please, if you haven’t done so already, drop by Horroregon.us to come play with Yours Truly and my worst of fiends. Scare you there! 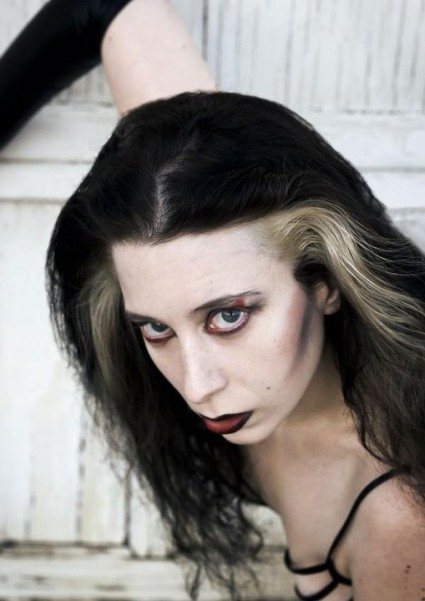 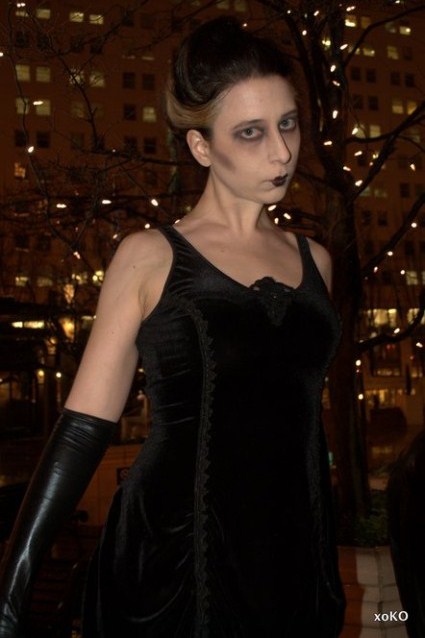 Screamvina in her Christmas attire 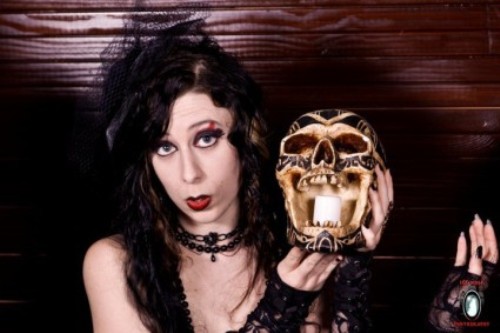 At the Lovecraft Bar The Unchained Girls. As one can see, Dino Unchained (seated on the right)
does bear a striking resemblance to Screamvina. The rest of the ladies

are Annie Christ, Miz Bella B (top), Misty and Mari Lyn (below).

See more of Screamvina at:
Her Facebook Fan Page
Her Myspace
Her Youtube Channel
Screamvina at Horroregon

Long before Elvira was wishing her viewers “unpleasant dreams,” there was Vampira, TV’s original sexy horror hostess with an hourglass figure poured into a sleek black dress, telling her fans she gave “epitaphs, not autographs.”

October 2018 Author’s Addendum: To date, Zombinatrix is still in the production stages and has had casting changes. The 7-27-15 promo video featured in this piece, with Bianca announcing the ladies who were anticipated to