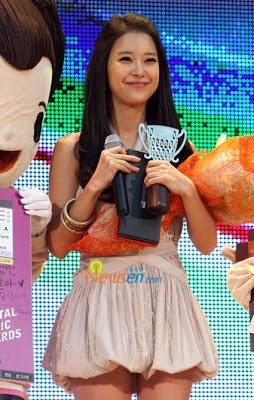 Korean singer Baek Ji-young, whose career was temporarily derailed but not destroyed, by a sex video scandal in late 2000, was recently presented with the song of the month award at the Cyworld Digital Awards show in Seoul, much to the surprise of some, who thought her male competitor would easily walk away with the honors.

I’ve always admired her for the way she bounced back after the video of her having sex with her former manager hit cyberspace just a year after her debut, rather than go into hiding like other celebs would have chosen to do (such as 1989 Miss Korea Oh Hyun-kyung did after her infamous “Miss Oh” video made the Internet in 1999).

Yours truly saw Ji-young in concert less than a year after the scandal broke, and despite the many empty seats in the house, she gave a dynamic performance. Even though she was criticized by many Korean netizens for coming back “too soon” after the scandal, the posters for that concert were boldly worded; “Baek Ji-young Strikes Back.”

With her latest album being her 7th, it’s good to see that she’s still going strong. (Take note, Hoang Thuy Linh.) Oh, and for those of you who are curious to learn more about her sex video scandal, her Wikipedia entry here covers it as well as the rest of her career, very accurately. Oh, and yes, I’ve seen the infamous video but no, I won’t post it. 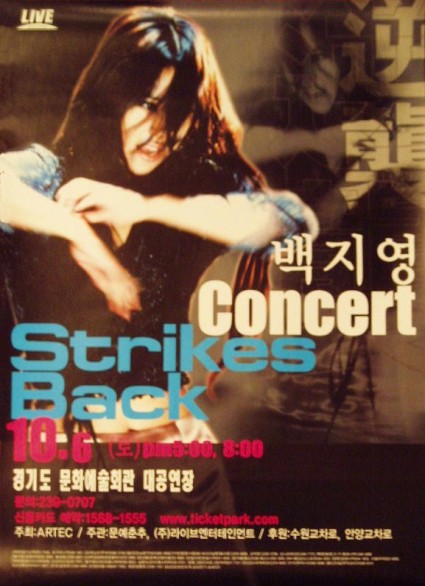 Poster from her 2001 “Strikes Back” concert. Definitely a keeper. 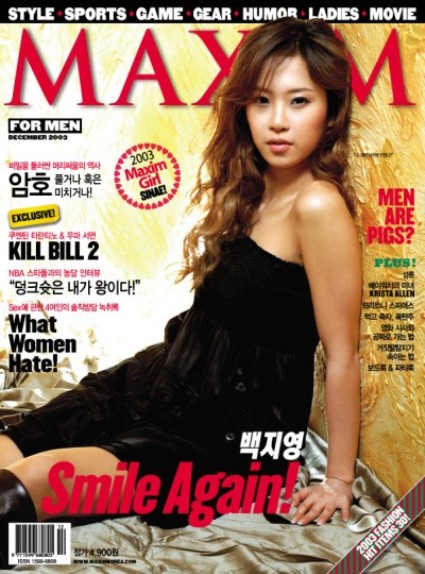 On the December 2003 cover of the Korean edition of Maxim

Performing at the 2007 SBS Music Awards

The music video to her current single, “Like Being Hit by a Bullet”

Here’s the 2001 Dodo cosmetics TV commercial that gave Korean transgender model, singer, and actress Harisu her big break. Her name was taken from the English words “hot issue” and she sure was after this

Whatever Happened to Morning?

Korean girl group Morning was a unique foursome of very beautiful ladies who, in 2003, scored a hit single with a dynamic ballad entitled “I’ll Make You Happy,” off of their one and only album;

April 4th was opening day for the 2010 Major League Baseball season and if you’ve ever been to a ball game in Japan or Korea, where a well-known person has opened the game with a