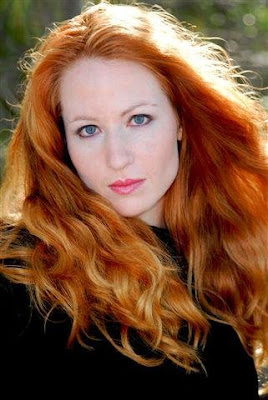 Actress Tara Cardinal grew up on a small farm in Indiana but struck out on her own at 16. A self-admitted class clown, she says she frequently acted up during school but fortunately, was so funny that she rarely got in trouble for it. Only returning to her hometown once since she left, she’s now giving thought to buying her childhood home after the sale of her creation and best-known character, “Aella the Red Reaper.” Speaking of which, the soon-to-be released movie The Legend of the Red Reaper has already spawned a comic book that’s almost completed (with the stylings of Michael Champion and colorist William Anderson).

Looking like a young Annette O’Toole (to this writer’s eyes, anyway), Tara has built up some impressive acting credits over the last few years, alongside some notable names. Three of which are Song of the Shattered (which also stars Devanny Pinn), Ripped Memories (with Debbie Rochon), and Spreading Darkness with Rena Riffel (Showgirls). Her character’s name in the upcoming movie Zombie Massacre is “Eden Shizuka,” a part that was originally written for a stoic Japanese man. Despite being far from passing as Japanese and further from passing as a man, she not only got the role, but was actually the very first person to be cast for the film. The character was re-written as a White female who was adopted and trained by monks.

Tara was in talks with the the producers of Girl Scout Cookies for about a year, during which time she was offered several other projects, one of which was Liberator with “Incredible Hulk,” Lou Ferrigno. Because her contract with Liberator came in first, that was the project she was obligated to take …which turned out to be very fortunate for Tara, because had she chosen to do Girl Scout Cookies instead ….well, see my interviews with actresses Jessica Cameron and Melanie Robel for info on what happened with that project.

To date, Tara’s just finished Spreading Darkness, where she relied a lot on her theater training while performing her scenes. The film was directed by Josh Eisenstadt and also stars Rena Riffel. The director of photography, Will Barrett, who also shot Hatchet II is said to be a perfectionist, which was fine with Tara. She spend the last half of the film in a red wig, which is odd because she’s already a redhead, and a natural one to boot. However, there’s a good reason for it, but you’ll have to watch the movie to find out. 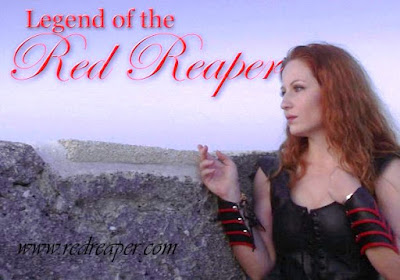 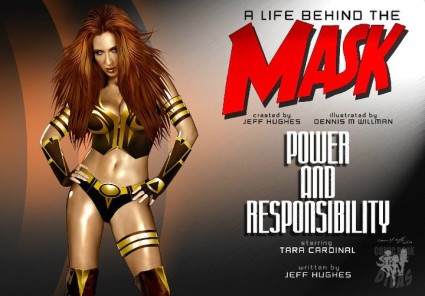 Tara is also actively involved with several charitable organizations. She’s been a spokesperson for the “Tenderness Tour,” an organization out of Indiana dedicated to ending child abuse. Last year after the Tsunami in Japan, she organized a fundraiser for the Red Cross and Doctors Without Borders that raised $3,000. She also organized a clothing drive for the Los Angeles Covenant House, who help homeless children. On top of all that, Tara’s kindness isn’t limited to humans, since she’s also quite an animal lover. In February, she organized and hosted a fundraising event for Victoria Burrows’ independent “Star Paws Rescue.” Victoria, a top television casting director, has been rescuing abandoned and abused dogs from the streets of Los Angeles for over 11 years now.

Demo reel of Tara with clips from Legend of the Red Reaper,
Ripped Memories, and Wrath of the Crows