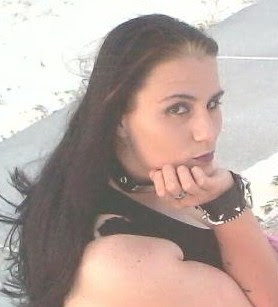 I‘ve spoken with many ladies who’ve taken detours from show biz-related careers to pursue fields that offer more job security. Although the career path Billie Sherman has chosen, may not be a popular one, it’s definitely a secure one because it involves one of the two things in life that are certain (the other being taxes).

When I found out that Billie is studying to be a mortician, I was immediately intrigued. Usually funeral homes are family-owned and staffed businesses but that didn’t seem to be the case with Billie, as she has no relatives in the field of mortuary sciences. So, curious to know why she entered a field where she’ll have to deal with death and grieving on a daily basis, I contacted her and asked if she’s be interesting in being interviewed for a feature here, to which she replied ….

BILLIE SHERMAN: I looked at your website and I must admit I’m amazed. I can’t imagine anyone wanting to interview me but sure I would love it. Thank you.
CHRIS CHARLES: Well, I’ve interviewed plenty of models and actresses but not yet a mortician. 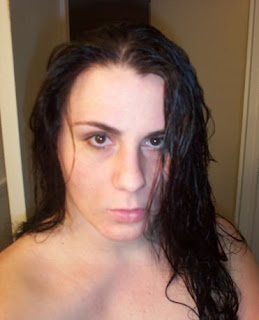 BILLIE: Well, you shall find I’m full of surprises.
CHRIS: I understand you’re actually still studying to become a mortician?
BILLIE: Yes, I am. I have a year left.
CHRIS: What got you interested in that?
BILLIE: To be honest, I originally wanted to do acting but got things a little backwards. I have always been a horror movie freak and loved the darker side to life. I’ve always liked the idea of the stories the dead have, the quiet workplace, the money is nice and its funny to see people’s reactions to the news of what I’m training for.
CHRIS: Have you ever heard of Karen Greenlee?
BILLIE: Can’t say I have.
CHRIS: Haha, just wondered. Google her later. So, have you ever done any stage or film acting?
BILLIE: Stage yes, mostly local stuff. auditioned for a bunch of stuff never got the parts though. commercials mostly if I could get into films I would. Just hard starting out knowing no one.
CHRIS: Ever do any modeling?
BILLIE: Yes, actually as a teenager. Usually drive to a studio or a location, lots of standing around and waiting, make up people buzzing around, hair people, hair spray everywhere. The smell sickens me to this day. Usually shoots were fun if not quite long. 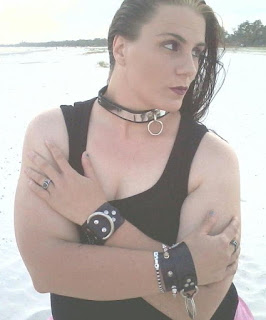 CHRIS: I was noticing the photo of you that looks like you just stepped out of the shower.. something sexy about that for some reason.
BILLIE: Thank you. It was for a friend of mine who had said he wanted to paint me but wanted a raw pic of me. I took that a few years ago. He actually sold the portrait last year. He said there was something about my eyes. I don’t know I just thought it fun. Weird to think some stranger has my face on their wall.
CHRIS: So, back to your career plans. What will be the most personally rewarding thing for you once you become a licensed mortician?
BILLIE: To actually give that extra bit of compassion to the grieving loved ones and being able to help the families any way I can. To give the dead the last bit of respect will be wonderful. the last person to give them that.
CHRIS: That’s admirable. I think it’s better you don’t know who Karen Greenlee is.
BILLIE: I just read about her. Crazy broad.
CHRIS: Haha, yep. So in closing, tell me what your hobbies are.
BILLIE: I love horseback riding, movies, writing – actually finishing up my first book – reading, cooking, exploring abandoned buildings, photography, amateur ghost hunting, making homemade wines and candles. Those are a few of my hobbies. 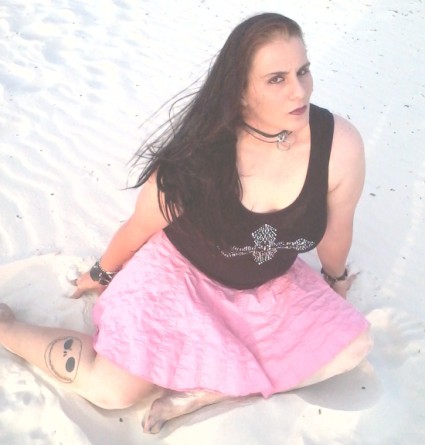