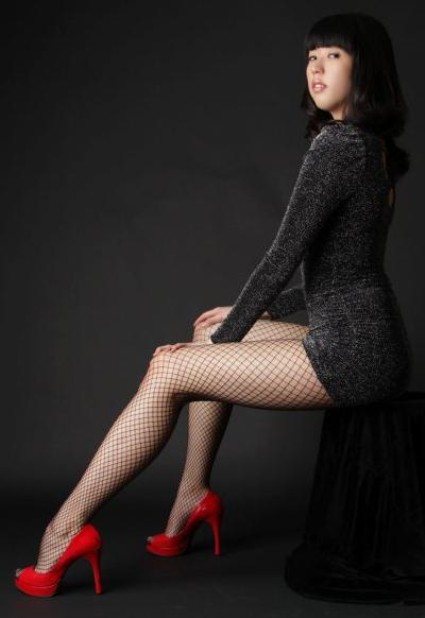 While researching Hooters restaurants in Asia for last month’s entry on Japanese Hooters girls, I happened across some photos of 24-year-old student and former Seoul Hooters Girl, “Jessie.”

Very friendly and outgoing, Jessie (her “Hooters Girl name,” not her real one) worked at Seoul’s Apkujung Hooters until March of last year. In May, she moved to Sydney, Australia, where she’s been working as a waitress in a Japanese restaurant, while going to school to study Spanish. Even though she’s currently undecided about continuing with her modeling, she eagerly agreed to be featured here with a brief (and her first ever) interview. 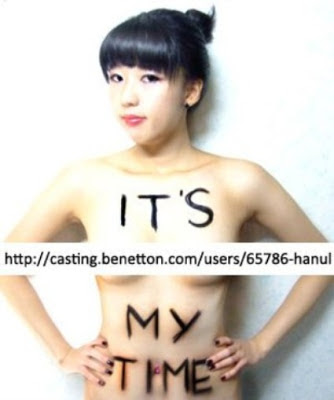 CHRIS CHARLES: First off, thanks for giving me this little exclusive interview, Jessie.
JESSIE: Yep, good to talk with you today and also thank you for this good experience. I’ve never been interviewed before (laughs).
CHRIS: Oh really? Well, hopefully this won’t be the only time. So were you born and raised in Korea?
JESSIE: Yes, I was born in a very small town and I moved to Seoul when I entered my university.
CHRIS: Where do you live now and what do you do there?
JESSIE: I’m in Sydney, studying Spanish and I currently work at small Japanese restaurant as a waitress.
CHRIS: I see you were a Hooters Girl in Seoul. How did you enjoy that job?
JESSIE: Yes, I really enjoyed that. It was a great job and I got to use English a lot.
CHRIS: When did you start modeling?
JESSIE: Right after I quit the job at Hooters.
CHRIS: Do you plan on continuing to model?
JESSIE: I’d like to if I can and my photographer friend still wants to do shoots with me.
CHRIS: What are your hobbies and interests?
JESSIE: Photography, I like watching movies and I’m interested in any kinds of art.
CHRIS: If you became successful as a model, would you like to branch out into other forms of show biz, like acting? JESSIE: I’m not sure actually, but If I have any chance, I’d like to try because I want to experience all things that I can.
CHRIS: I see you’ve done some implied nude photos.
JESSIE: What picture?? “It’s My Time” maybe?
CHRIS: Yes, the one I saw at your Facebook.
JESSIE: Ah …one of my best friends took that. We were living together and I was in a Benetton model competition. It was just for fun. Of course, I took that pic without any clothes! (Laughs)
CHRIS: So that was just a one-time-only thing or would you consider doing a semi or full nude photo shoot in the future ?
JESSIE: If I exercise a lot I’ll do it! (Laughs)
CHRIS: Ah, I see. So, do you admire or are you inspired anyone in the modeling or show biz industry?
JESSIE: I like famous actresses or singers like the usual girls do. These days, I like Megan Fox as you see from my profile pic …and Lady Gaga!
CHRIS: I see you like costumes. Have you always dressed up for Halloween?
JESSIE: No, as you know in Korea, Halloween is not common. At Hooters in 2009 was my first time and I was excited to work there that day!
CHRIS: Haha, yes, it showed. Well, thank you again for doing this Jessie and I wish you the best of luck in your future endeavors.
JESSIE: Thank you for giving me this great time! 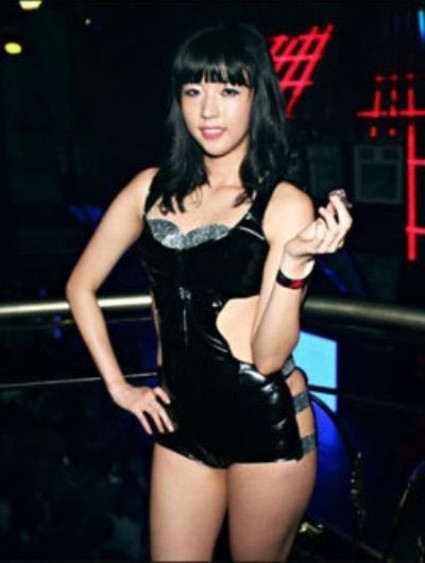