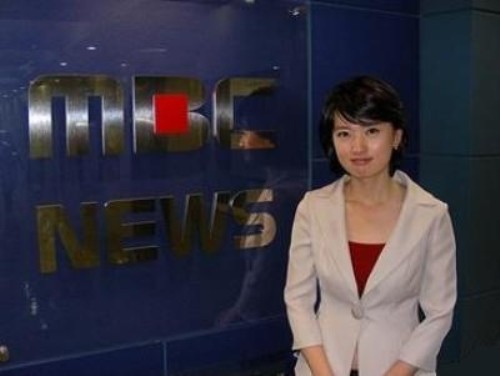 MBC news anchor and reporter Jang Mi-il has probably been the most searched-for and viewed TV news personality, over the past couple of years by Korean “netizens.”

A graduate of the prestigious Ewha Womans University with a degree in English Literature, Mi-il joined MBC in 2003, where she has since made quite a name for herself and has earned recognition from fans and peers, alike ….and not just for her looks and wardrobe.

At the start of this clip, you can see how quickly the seemingly surprised look on her face turns to one of earnestness right as she hits her mark ….just two seconds after she’s on the air.
A particularly enjoyable and popular clip of Mi-il (that needs to be viewed in its entirety and does not require an understanding of Korean to be fully appreciated) delivering the fairly mundane morning headlines alongside her co-anchor, Kim Byung-hun. If you listen closely at the end, you can hear her thoughtfully asking herself some rhetorical questions for her own consideration, while moving off camera as Kim handles the opening story.
News Article on the Laughter Incident
More photos of Miss Jang here