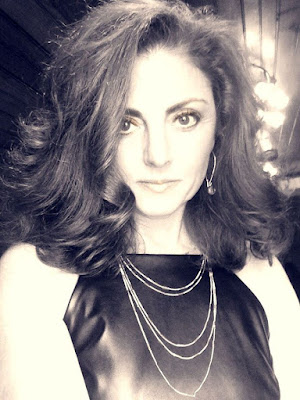 Drummer for the Norfolk-based all-female rock trio, the Drendas, Collette England was interviewed alongside her two bandmates, guitarist Holly Womack and bassist Denise Lawrence, here in July of last year. After learning that playing with the Drendas isn’t Collette’s only artistic outlet (okay, and seeing that she looks like a young Susan Sarandon), I contacted her for a solo interview.

Besides pounding the skins for the Drendas (okay, and looking like a young Susan Sarandon while doing it), Collette also performs with Norfolk’s own Absolute Uncertainty Sketch and Improv Comedy. As the solo interviewee here, she talks about that and a few other facts about herself that the casual Drendas’ fan probably didn’t know, such as her also being a Navy veteran. Of course, Collette gives her Drendas bandmates and her fellow performers in Absolute Uncertainty a shout-out, as well as the The Pushers’ Improv Training and a certain someone for being “so on board with all her shenanigans.” Oh, and when asked to supply a photo, Collette is know to go above and beyond the call, as exemplified by the above and particularly by the following photo, both courtesy of Collette, herself. 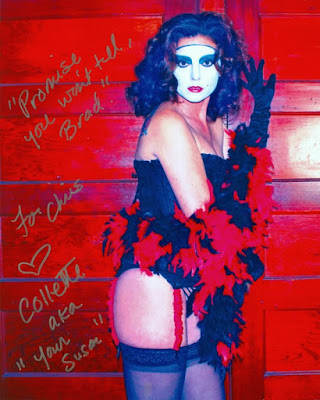 Jessica Felice began her acting career on the stage, doing dinner theater, as well as touring to do children’s theater and summer stock. Besides acting on the stage, she also performed as an illusionist and

Liane Langford and The Replican

Liane Langford, has graced the pages of Idol Features on more than one occasion in the past, and she currently has a new project to promote. Based on the novel The Replican by Joseph McCann, The Replican Official Concept movie teaser explores the life and music of Gary Numan.