Lilith’s Evolution has been a fun ride to say the least. But then again …

I‘ve always loved horror and fantasy, it’s my passion. I’ve created a superhero/horror screenplay based on my graphic novel Everdance: A Blood Story. This is the story of a fledgling vampire named Kate who has never lived as a vampire, feeding only off of her husband and sire, Andre, but Kate runs into a very serious problem when Andre never returns home from feeding one night. Now Kate must learn to survive on her own. This is where our story began ….and my career as a graphic novelist.

It was a 24-page story that went on to become my first full-fledged book, and I was trying to tell the story of a “innocent” vampire who empowers herself and becomes this avenger of the night. But what I didn’t know, is that there was an inner-story waiting to be told. One that was as old as time itself for me, and now was the time to tell it. Lilith; the Jewish mythological figure from the old world texts, would be not just the co-star of Everdance: A Blood Story. No, instead, she would travel through not only my series of graphic novels, “The Untold Chronicles,” and even continue on and become a main focal point to my new series; “The Angel Codex.” For me, empowered vivacious, and sometimes deadly, femme fatales have always intrigue me. None so much as Lilith, herself. For even though she’s written throughout the annals of time, little is known about her. And that gave me a great opportunity to fill in the blanks on a creative level. It’s really how a small regular sized comic I started became a 140-plus page graphic novel. There was so much room to play in her world. So from there, it became very clear to me, I had to really lend a focus not only to the original story of this fledgling vampire who becomes a vigilante, but also to her teacher, Lilith, and that whole backstory. And the end result, was creative gold, which has opened up so much for me in not only my writing and comic work, but fans love when I create her live on Bristol board at cons I do or events I’m a part of.

Lilith has followed me in my painting work as well, and dare I say, she’s become my most painted character of all my creations. The trick was, creating a design and breaking the mold when it came to who she’d be in my universe of my creation. A sexy buxom redhead who wasn’t afraid to show it in her tight latex outfits and gaming purple colored eyes was a great start, but I wanted to show more. She was May West, a young Tori Amos, and Jessica Rabbit all rolled up into one beautiful angel/demon hybrid. Also, walking the Earth for ten-million years has taught her a few things. She’s immortal, and like most of my immortal characters, the greatest fear they have is not death, but the fear of getting bored with one’s existence. So, naturally she becomes the great manipulator. Even manipulating Lucifer (in my stories “Luc”) to fall from his grace and start a war. Lilith entertains herself with the mortal coil. Humans would giver her pleasure, and she’s a very sexual being. With that, she’s the creator of immortal/mortal hybrids that are vampires. The thing about her is that she only lets you know what she wants you to know. She’s still a mystery on what her true motivations are in everything she does, and its why she’s become such a loved character in my stories.

It doesn’t end there, as once I started doing cons and appearances all over the western part of the country, it was my dream to bring her to life for everyone to see, in the flesh, so to speak. I wanted someone who could really bring Lilith to life in that way. for these appearances, I was lucky enough to find such a person in Cherry Blossom Vamp. A model and cosplayer, who not only had the physical qualities I needed for Lilith, but all the attitude to go along with it. She was amazing, and fans flocked to meet her. Even kids wanted to take pictures with her. In her purple and green corsets, bone-white skin and trademark fangs and purple eyes, she brought Lilith to life.

So time went on and as such, we would also have Lilith as the poster child for “The Untold Chronicles.” Because she was so good with the fans, and with her sexy curves, even celebs she’d meet at cons were enamored with her beauty. She was really a star for all to see. And this made for an amazing recreation of the steaming blood drenched love scene between Lilith and the main character of Everdance, Kate, in photo shoot capability. The end result was magic and a lot of fun to watch come to life. In the end, Cherry Blossom Vamp when on to other avenues and I was sad to lose her as I’ve found no one to match her grace and glorious demeanor, but she did definitely give Lilith a real face for all to witness. As my stories moved forward, Lilith is always there ….waiting to make her next grand appearance, as she always does so in great force. That’s one thing I know will always be the case with her. She’s a rock star in every sense of being. She never sweats the little things (nor the big things, usually) and she always has this complete air of confidence and grace. Even when she’s angry, you’d never know it. Although be advised; you also might not survive it. All in all, I think she’s my favorite character to draw, as I never know where she’ll take me in her adventures. In my stories, I tell of how she stood up to Adam, started the “War in Heaven,” and whipped out the Mayans to simply bath in their blood. She gave birth to the rise of vampires. And she loves playing the game and then changing the rules. It’s really a fun character to create. From early Babylonian Talmud writings to “The Untold Chronicles,” Lilith never disappoints. Her name means “black, dark, night predator,” but to me she’ll always be looked at as a liberated empowered rebel bad girl with one goal ….her pleasure. 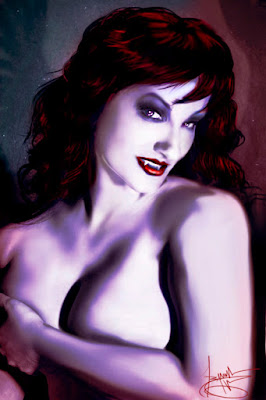 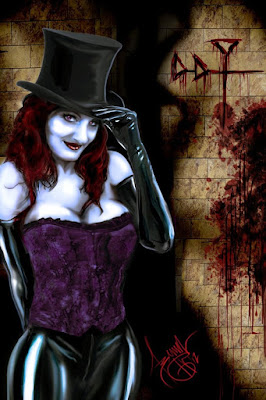 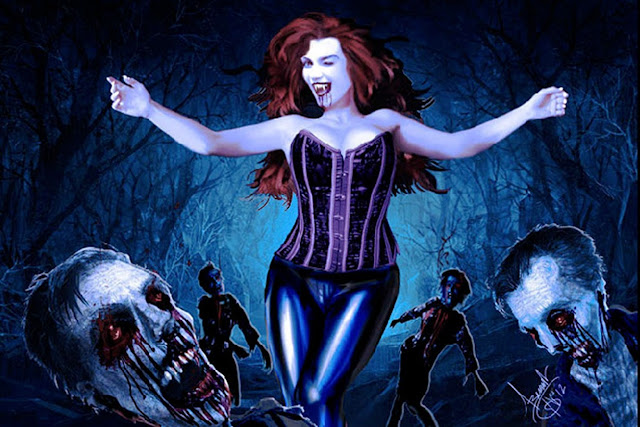 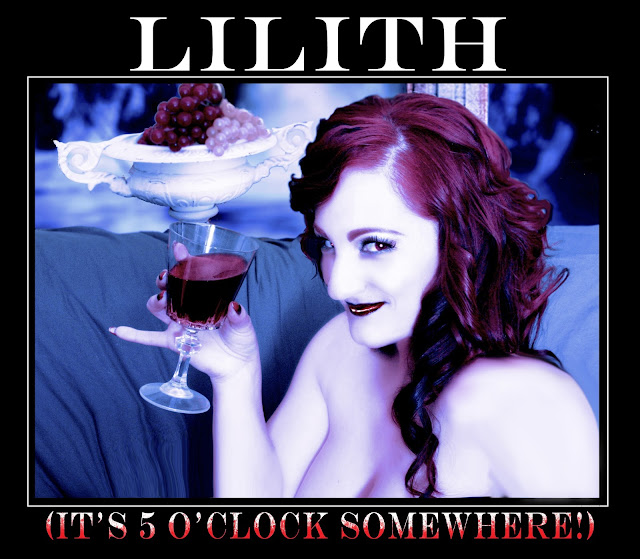 Born in the City of Angels (and Demons), California in 1975, Geo discovered his need for creative output. Graduating with a scholarship in illustration, he attended the Pasadena Art Center of Design, even further developing his style in the craft. Then following, he began developing ways on just how to bring his ideas and stories into a particular medium. Ways to bring his creations to life. Now, Geo has collected a series of those stories in comic book form. With his passion for horror and fantasy, the stories he can and will tell, are unbound as indie comic books and graphic novels done his way. In additions to his writings here, check out his website BrawnGraphix.com and his podcast show, Geo After Dark. If you like sexy horror, you're gonna love what he does!