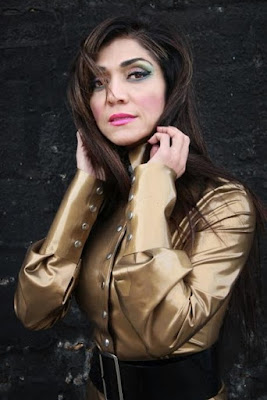 Popular pinup model and “James Girl” Inanna Deity was one of the ladies featured in my first article on the models of renowned pinup photographer Mike James. In this recent, exclusive, and candid interview with her, Inanna reveals she’s much more than a pinup model. She discloses her “day job” because, as she puts it; “I think it’s important to convey the message that models aren’t all starving artists,” which she feels is a powerful message to women on both ends of the spectrum. She goes on to say that “women who want to explore their potentials can do so, whether that’s from a successful professional perspective, wanting to tap into their artistic side, or those who are entertainers of some sort and want to tap into their intellectual side.” Currently writing her autobiography, Inanna has a particularly adventuresome shoot with Mike James planned for later this year. Hear about that and much more by just pressing play, below. Photo and outfit at left by Sebastian Cauchos. 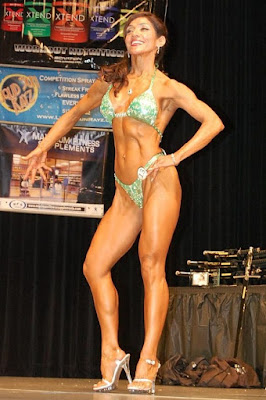 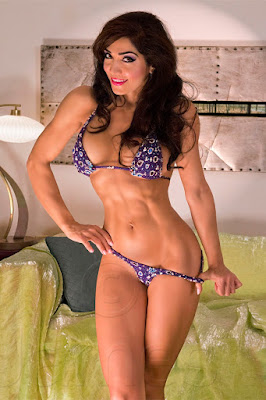 Left: From the 2010 NGA Heart of America Natural Classic Bodybuilding, Figure & Bikini
competition where Inanna won first place in her division. Right: From a 2013 shoot
with Mike James of Azimuth Designs. 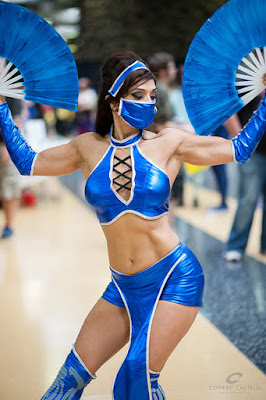 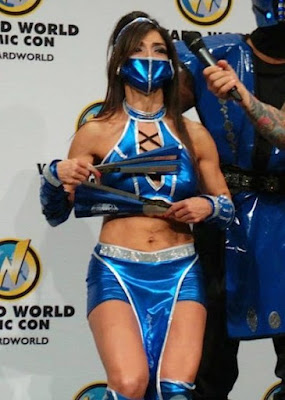 At the 2014 Austin Comic Con, where Inanna as “Kitana,” and her partner as “Sub Zero”
(characters from the video game Mortal Kombat), won Best in Show in the costume contest. 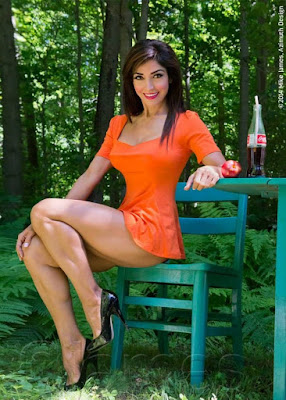 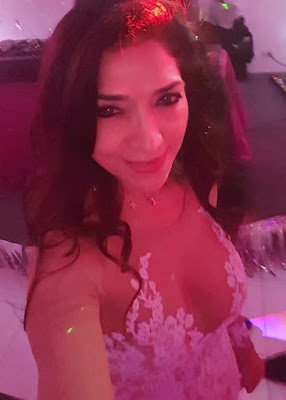 Left: From a 2014 shoot with Mike James. Despite the Coke bottle being half empty, Inanna tells
me she didn’t drink it, as she always stays true to her diet. Right: This past New Year’s Eve.

See more of Inanna at her Facebook Fan Page

Top Hollywood stuntwoman Jasi Lanier was one of the “James Girls” featured in this article last month. She commented that she’s a real tomboy but photographer Mike James helps her get in touch with her

Actress and model Seregon O’Dassey is another of the ladies who first caught my attention while viewing the New York City Horror Film Fest interview with her and two of her Captured Hearts costars, which