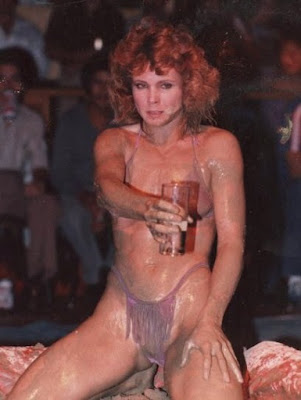 Whether known by her real name of Robin Lisa Kelly, her ring name the Red Snapper (among others), or her stage name Ruby Tuesday, this lady has had a colorful life and career under all of her names. Now a hairstylist in Southern California, Ruby (as I’ll stick with here) is very open about her past, not that there’s any reason for her not to be. She’s got some stories to tell, along with some names to drop, and a jaw-dropping photo collection to document her escapades.

Ruby’s show biz career began when she was a teenager and got a gig as a regular dancer on American Bandstand, which lasted six years. Then came her stint as the “Red Snapper,” during the early-80s, when nightclub mud wrestling was in its heyday. She went on to wrestle under a couple of different ring names and later became an exotic dancer and adult magazine model.

This written interview is being published concurrently with the audio interview Ruby did tonight for Idol Features’ podcast channel, where, besides Ruby’s, you’ll find several other of our audio interviews. Stay tuned for many more, among which will probably be a Part 2 with Ruby, in the near future. Above photo of Ruby as the Red Snapper at the Hollywood Tropicana, circa 1984, is from her personal collection.

January 19th audio interview, in which you can hear Ruby give
more details on some of her replies written below. 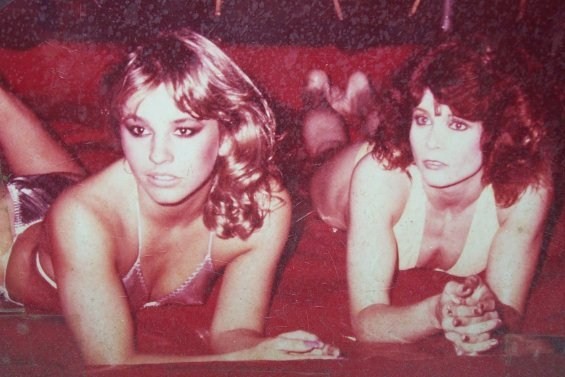 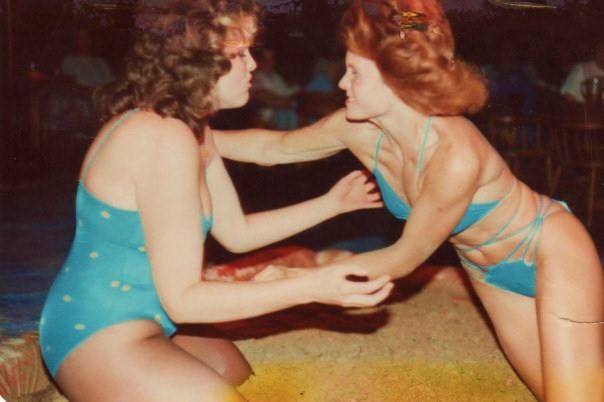 Ruby, know as the Red Snapper here, doing battle against Queen Kong
(Dee Booher) at the Hollywood Tropicana, circa 1983. 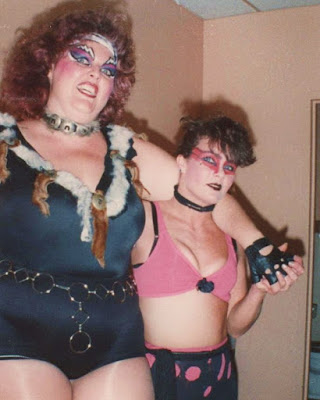 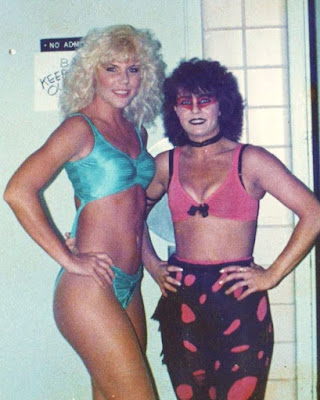 During Ruby’s mid-80s stint in POWW (Powerful Women Of Wrestling). At left, with Dee Booher aka Queen Kong. At right, with Brandie Mae aka the California Doll and aka the Farmer’s Daughter. Ruby tells me; “I was known as the ‘Rockin’ Rebel’ in POWW which was a spinoff of GLOW (Gorgeous Ladies of Wrestling). David McLane started it after the falling out he had with Matt Cimber. A lot of the same gals that were in GLOW were also in POWW. The difference being licensed by the Athletic Commission and performing in arenas.” You aficionados of ladies wrestling in the 80s will appreciate that info. 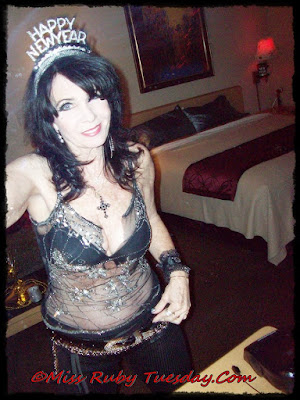 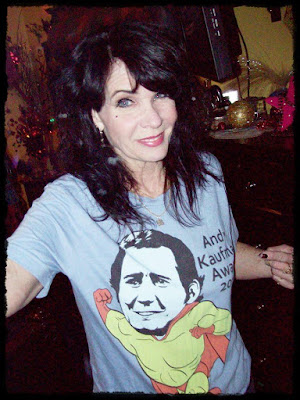 Recent photos of Ruby. At left, ringing in 2016 and at right, paying tribute to the man she pinned
twice, Andy Kaufman, on what would have been his 67th his birthday, January 17th.

January 25th Update: Excerpts from the video Ruby recorded during our Skype interview.

Tristan Risk’s reptile partner in the news segment on the nontraditional practice of snake yoga, is Eros, her own albino boa constrictor, that she often incorporates in her act on the burlesque stage.

Pandora Jones has been a model, specializing in fetish themes, for six years now. Bondage, girl-girl, cosplay, as well as the milder and more traditional pinup and glamour, are just some of the themes she covers.