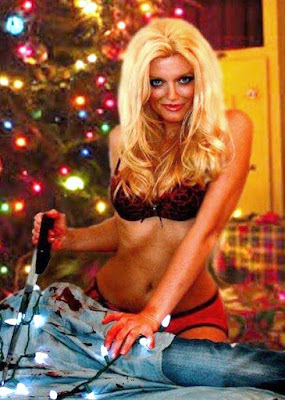 Born and bred in the great state of Tennessee, actress, model, and producer Mandy Hawley, know professionally as Goldie Fatale, colorfully describes herself in a way that I can’t equal, so I’ll just quote her from her bio at her blog, which states she’s a: “Klutz, barfly, adventurer, socially dangerous blond, wing-woman for the romantically bankrupt, methodically disorganized genius, AWOL, self proclaimed virtuoso, anti-hipster lover, southern empress, red neck diva, Jesus phone hater, bootylicious boloney [sic] pony whisper, and female Hoss.” Even thought I believe her acronym “AWOL” is different than the military’s and I’m not sure what that next-to-last one is exactly, I’m sure Goldie is all that and more. She’s a blast to talk to and her being from Nashville is an added plus for me.

Goldie and her fellow actress and Nashville babe, Andie Noir (Andrea Collins) founded Fatale Noir Productions in early 2011 and have since brought us Holy Ground, which they filmed as a tribute to the Evil Dead and director Sam Raimi, and The Grindhouse Sleepover of Terror, in which the ladies play hostesses to a trio of splatter films in which the splatter is featured, not cut out.

Singer is also on Goldie’s resume and she informed me with a slight southern twang, that a country single of hers entitled “Old Flame” received some airplay a few years back and with a little coaxing from fans, I’m sure it will be available from Goldie in the near future. Learn more in my recent interview with Goldie by just pressing play and I hope you guys at Larry’s in Nashville (stiff drinks and karaoke seven nights a week!) appreciate the plug. Above photo courtesy of Goldie herself. 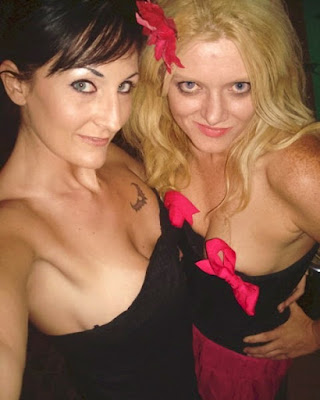 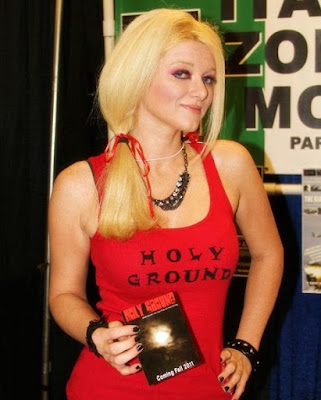 Left: With Andie Noir at the 2010 Horrotica screening. The two ladies first met on the set of the film. Right: At the 2011 Pittsburgh Horror Film Festival promoting her film Holy Ground, a film Goldie has some interesting trivia about the making of. Such as; it was filmed in a “dry” county in Kentucky (no alcoholic beverages sold there), so they did beer runs twice a day to the next county, 30 minutes down the mountain, for “supplies.” 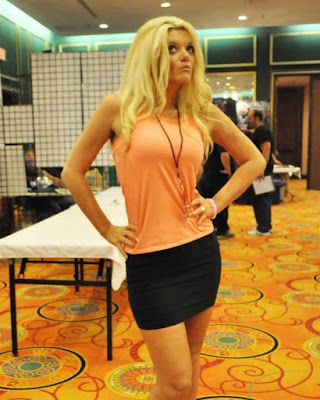 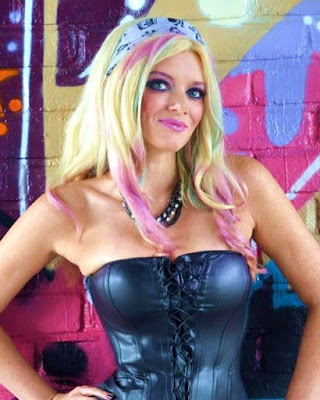 Left: at the Wyndham Indianapolis West Hotel for the 2013 Days of the Dead
Horror Convention. Right: From a motorcycle photo shoot in the fall of 2013. 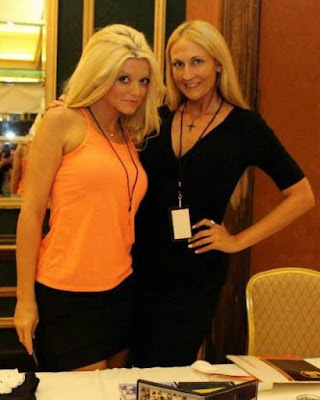 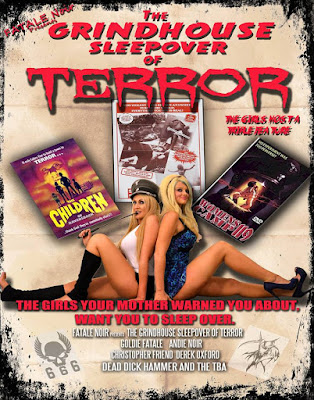 Left: Goldie with Andie Noir at the 2013 Days of the Dead Horror Convention in Indianapolis.
Right: The ladies gracing the official poster for The Grindhouse Sleepover of Terror. 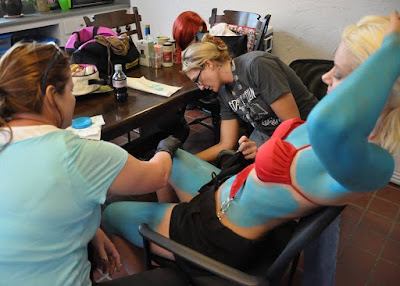 Stacy Lockhart and Andie Noir performing the enviable task of transforming Goldie into the alien Xolta, prior to a filming of Thong Girl vs. Xolta from Outer Space. They’re doing it by hand here because someone didn’t show up with the airbrush gun that day. Goldie tells me that stuff was so hard to remove that she sometimes would drive home partially blue and she still has a blue ring around her bathtub. 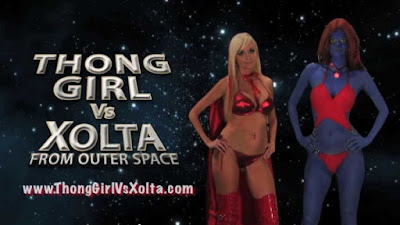 Goldie as the blue alien Xolta with Thong Girl/Laura Layonme as portrayed by Angela Kerecz (credited in the series as Angel K. Sterling). The series is based on a comic book, which is why Goldie’s gorgeous blond hair is under a red wig. However, unlike her character in the comic book, Angela doesn’t wear a mask as Thong Girl ….but she definitely wears a thong. Official website here. 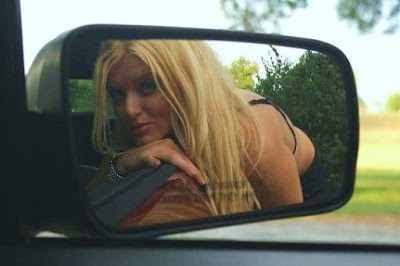 Goldie says The Grindhouse Sleepover of Terror was shot in four hours, but took seven months to edit. The cast and crew were entirely made up of friends who wanted to help them and have also helped them do a fundraiser for Vampire Bikers from Hell. In almost all shots of Goldie and Andie together (and not just in this film), the two ladies have indulged, but Goldie swears they’re not alcoholics. Goldie prefers Merlot and Andie likes PBR (Pabst Blue Ribbon beer, so you you non-redneck-speaking readers won’t have to Google that). Goldie says “Our casts and crews always called us the most fun set to work on. We believe in letting actors do just that; act and having amazing after parties where the PBR flows like red wine.”

Whether known by her real name of Robin Lisa Kelly, her ring name the Red Snapper (among others), or her stage name Ruby Tuesday, this lady has had a colorful life and career under all

It’s been over three years since actress, model, and (no kidding) Reddi-wip heiress Liane Langford has appeared on these pages. Since my last interview with her in October of 2012, Liane signed with a top