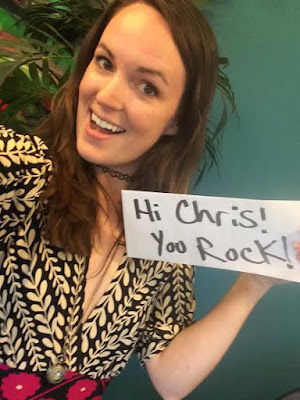 With October here and the Halloween season now in full swing, it’s fitting to start out this month with an actress who’s appeared in over 60 horror movies. With films like The Disco Exorcist, The Black Dahlia Haunting, and The Sins of Dracula to her credits, Sarah Nicklin has truly earned the title of Scream Queen. As this goes to press, she’s preparing to start filming Jordan Pacheco’s Blood Pi this month and fans will be able to catch her on Halloween and November 1st at IFCON (Island Fantasy Convention) in Victoria, Canada.

A New England native and Emerson College alumna, Sarah made the move to Los Angeles in 2011. She tells me she didn’t set out to become a horror actress, per se, but gravitated toward horror, due to it being the genre in indie films that has the most opportunities and draws the most attention from distributors. She has since made quite a name for herself in the indie horror industry. In my recent interview with Sarah, she revealed to me that besides acting, she also writes, paints, loves the outdoors, is a cat person, and has finally gotten over Jonathan Taylor Thomas. Above photo courtesy of Sarah, herself. 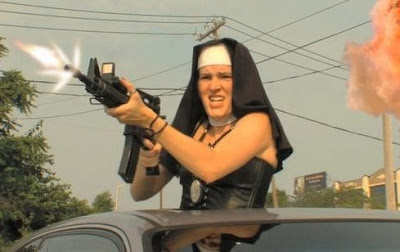 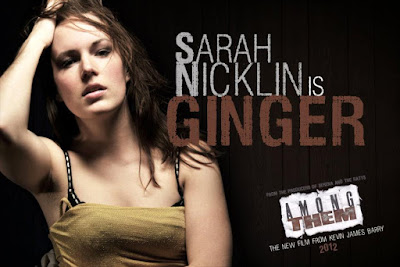 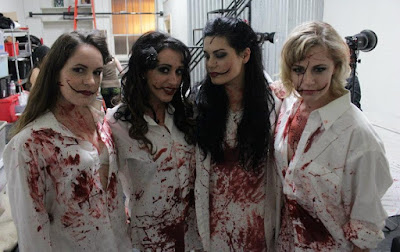 With titles like I Spill Your Guts, Blood Slaughter Massacre, Witches Blood, and Bite School on her list of over 80 film credits, it goes without saying that Genoveva Rossi has earned the title of Scream Queen.

There is no industry-established criteria for earning Scream Queen status, but if there were, Deborah Dutch, who’s one of the premiere Scream Queens in the industry, would well exceed whatever the standard were set at.