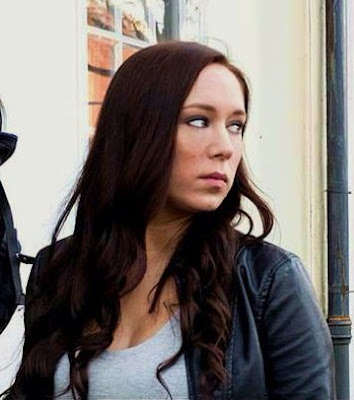 Although she didn’t set out to become known as a Scream Queen, actress Heather Dorff has made quite a name for herself in indie horror films. Since 2011, she’s won five Best Actress and two Best Female Performance awards for horror films she’s starred in and has earned accolades from many of her peers in the industry. One such peer, Jessica Cameron, worked alongside Heather in Jessica’s Truth or Dare, and in Alex Mathieson and Damon Rickard’s short, The Tour (a still from which is at left). Her performance in the latter earned her one of her Best Actress awards in her hometown, at the 2014 Chicago Horror Film Festival.

Heather is well-traveled, having visited several major US and European cities. One city she visited, although it wasn’t for vacation, was New Orleans in the aftermath of Hurricane Katrina, when Heather spent nine months doing disaster relief work. She now calls LA home but says a move to Europe may be in her future. Also an avid gamer, Heather reveals the way to her heart is through a game of World of Warcraft or perhaps Dead or Alive 2. Read on to find out more in my recent interview with Heather.

is what made me want to become an actress. I wanted to inspire little girls and give them the courage to stand up and be a hero the way Joss Whedon and Sarah Michelle Gellar did for me as a kid.
CHRIS: With that, I’ll say it’s a pleasure to include you to my list of interviewees, Heather. In closing, any shout-outs to anyone?
HEATHER: Shout out to every single person in my life that make me better by just simply knowing them. You are filmmakers and not, artists and not, perfect and not so perfect, beyond friends but family. You know who you are. We’ve laughed together, cried together, made art together, and/or just sat around watching movies, making jokes, or talking about the world, universe, and life in general. Love you all.
CHRIS: Oh, just one more question: What’s your idea of a perfect date? 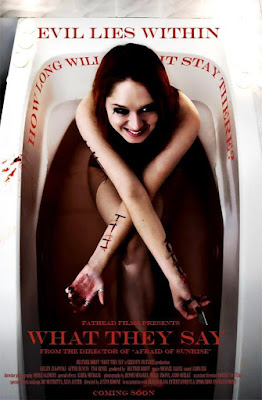 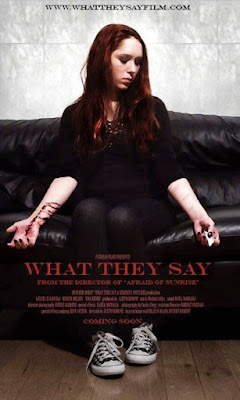 Heather gracing two versions of the poster for What They Say 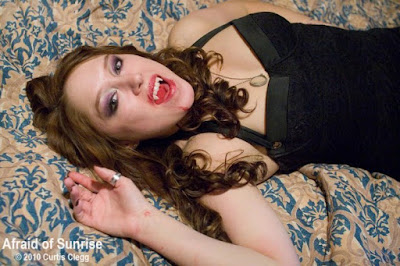 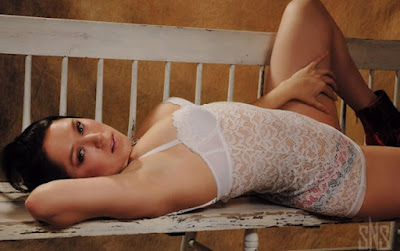 Also an experienced model, Heather has an impressive portfolio.
This one’s from a 2012 shoot with SNS Photography. 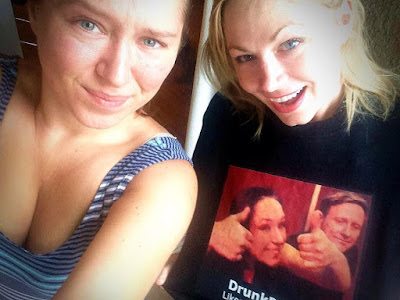 Jessica Cameron sporting her official DrunkDorff™ t-shirt as Heather’s look conveys her seal of approval. As of this writing, the shirts are not yet available for sale to the general public, but due to great demand, negotiations are in the works to have them mass-produced, as well as a possible line of official DrunkDorff™ merchandise to include coffee cups, bumper stickers, and sofa pillows. For more details, including pricing information and custom orders, contact Jessica Cameron through her official website.