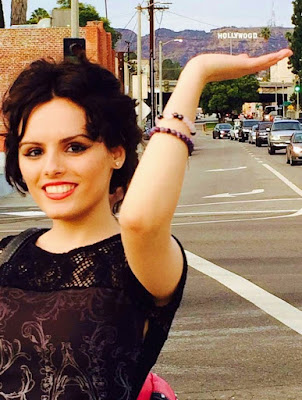 Born in Romania near the Bran Castle (more popularly known as Dracula’s Castle), Andreea Boyer has had the desire to write and act from an early age. She had three books of her poetry collections published when she was only 15 and she wrote, directed, and co-starred in her short Jamira, and full-length film Mondo Americana, a year later. Currently, Andreea has just finished writing a screenplay for a full length film. She tells me it’s an action film and she just sent off her work to an agency in Los Angeles, where she plans to make a return trip in late October. She also has a featured role alongside Tristan Risk (American Mary‘s “Beatress”) in Ulli Lommel’s upcoming Boogeyman: Reincarnation.

I found Andreea very charming, with a good sense of humor, and expressive eyes (she tells me change color with her emotions) that convey fervor reminiscent of Hollywood’s silent screen stars. One of her favorite topics to talk about is food, which she will at length, especially the dishes she’s tried from the countries she’s visited. She raved about the simple fish and vegetable meals she had during her stay with the natives of Brazil’s Bahia region and also told of an unpleasant experience she had with some bad carpaccio while in Paris earlier this year. Also very health conscious when it comes to food, Andreea says she feels guilty about eating meat (“It makes me feel like a lion when I do,” she says), but vegetarianism just isn’t for her.

Andreea speaks four languages and tells me she loves to travel, which gives her inspiration for her writings. She was in Paris until the middle of this May and, as of this writing, is back home in Munich. Her travel plans include another trip to the US next year, with Atlanta and San Francisco on her list of cities to visit. The above photo of Andreea on Hollywood’s Sunset Boulevard last June, is courtesy of Andreea herself.

CHRIS CHARLES: I understand you became interested in poetry and screenwriting at a young age?
ANDREEA BOYER: Yes, I started writing poems at age nine and loved painting. Later, I become very fascinated by movies and started writing my own “screenplay” for a movie at age 13. Many others followed after that.
CHRIS: What was that first movie you wrote the screenplay for?
ANDREEA: A kind of an action film. I really love and still do love all action movies. I guess I got this passion from my father. We both watched TV together, spending time while I was visiting him. The television developed a father-daughter relationship between us. I watched the movie Titanic by James Cameron when I was four years old. Since then, I’ve had a huge passion for movies and TV. It became my life that I grew up with. I’ve since studied acting in Paris, with the great acting coach Jack Garfein. He was the exclusive coach for James Dean, Marlon Brando, Elizabeth Taylor, and Marilyn Monroe, to name a few. I do love this by John Strasberg, the son of Lee Strasberg, on acting, or maybe non-acting:

What makes an artist? What makes him or her creative, going beyond technique? The answer is profoundly simple, the ability to be inspired, able to live spontaneously in the context of the character and the play. Because, life is defined by its ability to be spontaneous. Without this spontaneity, really living in the moment, there is no art, there is only mechanical technique. 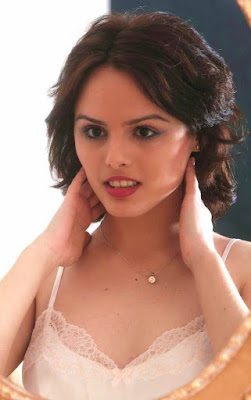 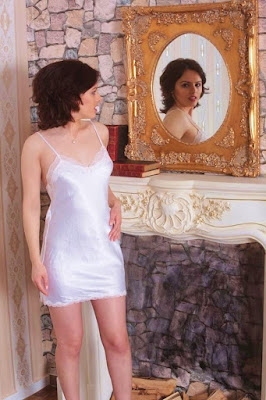 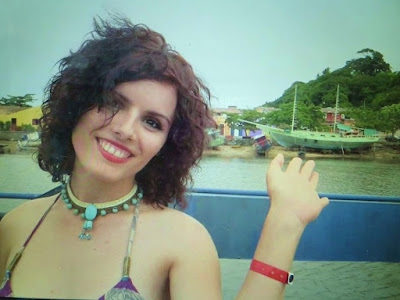 During the making of Campo Bahia Unplugged 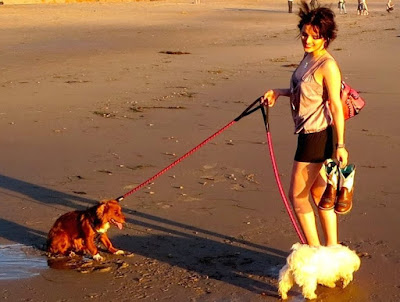 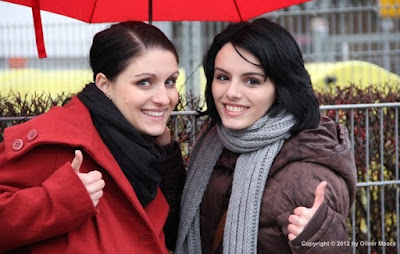 With Annika Strauss in 2012, during the filming of Jamira
See more of Andreea at:
Her IMDb Page
Her Facebook Fan Page
Andreea on Twitter

Actress and model Deborah Funes began her career performing in elementary school plays in her native Argentina, where she acted to an audience of teachers, parents, and nuns.

Actress and model Bianca Barnett has the kind of look you don’t soon forget (not that you’d want to). Bianca’s a girl whom, after seeing play a small part in a movie or music video,

Actress and model Arielle Brachfeld was brought to my attention by award-winning writer and filmmaker Staci Layne Wilson. Staci sent me the recent press release for her upcoming film Good Family Times, in which Arielle