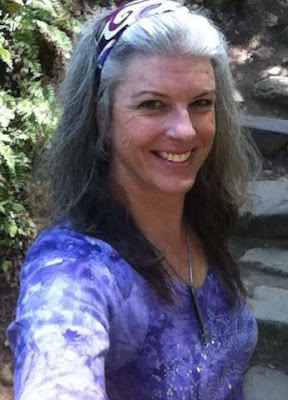 Cal Polytech alumna Hilary M. Smith is primarily a behind-the-scenes person. She’s a sound engineer, but does have one notable acting credit on her resume and that’s in Patrick O’Bell’s 2011 slasher Client 14. Her friend and co-producer of that one, Mo Whelan, asked her to be in it because they “needed a tall chick to kill” and, at 6′ 2″, Hilary sure fit the bill.

Of course, a lady of considerable height is also bound to have some modeling credits on her resume, as well. She’s been on the runway for several LA area shows and events and has also been on stage as one of the most impressively statuesque female versions of the Rocky Horror Show’s Frank N. Furter, I’ve ever seen.What’s even more impressive however, is how Hilary bounced back from a late-2011 car vs. pedestrian (in which she was the latter) accident that would have taken most people a good year or more to recover from, and even then, not fully. Hilary was up and looking as good as new in just four months. She tells about that in my very recent interview with her that follows. Above photo of Hilary at the Santa Barbara Botanic Garden courtesy of Hilary, herself. 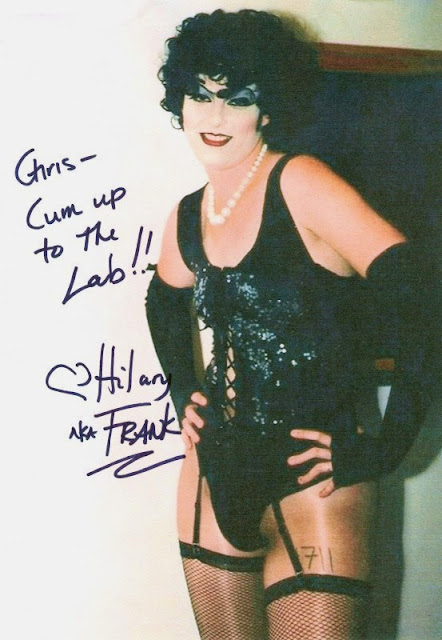