October 2018 Author’s Addendum: To date, Zombinatrix is still in the production stages and has had casting changes. The 7-27-15 promo video featured in this piece, with Bianca announcing the ladies who were anticipated to join the cast of Zombinatrix, has long been removed from Biance’s Youtube channel.

With all the zombie/living dead comedy-horrors being released by major studios and independent filmmakers, using “zombie” and “dead” word plays in their titles, these days, it isn’t too often I’ll hear one that really stops me in my tracks. One that recently did was Bee-Stung Productions’ upcoming Zombinatrix with Bianca Allaine as the title character; “Mistress Tawny.” It was the title that first grabbed me, but it was the tagline; “She’s into whips and brains!” that just wouldn’t let go.

When I interviewed Bianca back in 2011, she was known professionally as Bianca Barnett. At that time, she had recently won the (now seemingly defunct) Golden Cob Award for Best Rising Actress, for her role in Ramzi Abed’s 2009 horror, In a Spiral State. Also that year, Bianca starred as the grotesque “Pig Bitch” in Joe Anderson and Sean McEwen’s Albino Farm.

Bianca has since hosted her own 2013 web series WTF with Bianca Barnett (article here) and co-founded Bee-Stung Productions, along with her husband. Zombinatrix is slated for release in 2016. When in 2016, is just too soon to call. As of this writing, the full cast hasn’t even been confirmed, but two ladies who have signed on for the film so far, are enough to make fans of this genre sure to keep an eye on this one as it progresses through the production stages.

I’ve kept in loose touch with Bianca since my July 2011 interview with her and, after giving her a gold star for the title and tagline, not to mention her sexy, black-corseted image on the promo photo, I recently contacted her to ask for a little more info on her upcoming project. One of my questions was regarding how she’d done, or was planning to do, the research on her “Zombinatrix” character. Her reply revealed she’s always (or at least, always since adulthood, I’m assuming) had an interest in S&M and B&D. Just how extensive an interest or how much she’s delved into the scene, was something we didn’t delve into. Perhaps another time.

CHRIS: Which came to you first, the title or the tagline?
BIANCA: My husband, Michael Kyne, came up with the title and I came up with the tagline a few days later.
CHRIS: Did anything inspire either (the title or the tagline) or did it just sort of pop into your head?
BIANCA: Both just popped into each of our heads. Tuning into the creative aether!
CHRIS: What stage of production in the project currently in?
BIANCA: Pre-production, but lots of casting updates are being announced and artwork is being produced. Please “like” our Facebook page to follow all the news!
CHRIS: Have you or do you plan on watching or studying any S&M or B&D stuff as research to prepare to play this character?
BIANCA: I have always had an interest in S&M and B&D, so I will incorporate my knowledge and aesthetic into the character.
CHRIS: What other actresses are slated to appear in this film?
BIANCA: Cult icon and dear friend, Lenora Claire, is attached! Some other names are in the negotiation phase and will be announced soon. We are still looking for more actors and actresses.
CHRIS: Where will the film be shot?
BIANCA: Mainly the Mid-Atlantic, Baltimore and DC metro area but we might shoot in New York, as well. 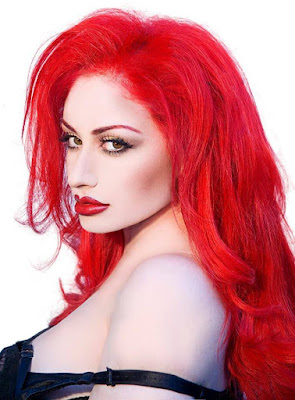 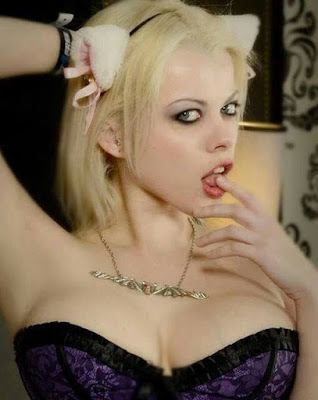 Lenora Claire (left) and Nadia White are the two ladies who’ve been confirmed for the cast of Zombienatrix, as of this writing. Lenora, whom Bianca has know since 2000, during Bianca’s Los Angeles days, is well-know around the LA entertainment scene and is described as a “multiple career juggling glamour gal who takes all of her absurd projects very seriously.” Also an entertainment journalist, her list of people she’s interviewed, makes yours truly somewhat envious. She couldn’t give me any info on her character because she doesn’t yet know what role she’ll be playing. Nadia (aka Ariel Adore) is a former(?) porn actress who began doing adult videos and fetish modeling in 2007 and made the “crossover” to more mainstream films in 2014. So far, her non-porn credits include such indie horror gems as Toxic Tutu, Don’t Fuck in the Woods, and Milfs vs. Zombies.

Even though Terry wasn’t shown getting killed on camera in Friday the 13th Part II, we know she did, and knowing Jason, we also know it wasn’t pretty. As for Kirsten Baker, the portraying actress,

It’s Friday the 13th, so to commemorate that, here’s another victim from the horror movie franchise that took its name from this unlucky day. Vickie (as it’s spelled in the closing credits and played by