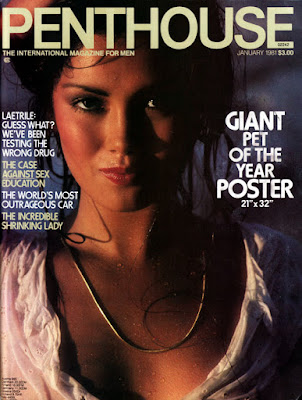 Asian-American model-turned-actress Suzee Pai has the distinction of being Penthouse magazine’s first Asian Pet of the Month, as well as their first Asian cover girl, since she also graced her Pet issue’s cover (at right).

After her appearance as the January 1981 Pet of the Month, Suzee went on to an acting career that lasted throughout the 80s and into the early 90s, with her most notable role as Miao Yin in 1986′s now-cult classic Big Trouble in Little China. Her last known film role was in the 1993 TV movie Extralarge: Ninja Shadow and since then, she seems to have dropped clean off the radar and she now resides in the “Whatever Happened to..?” file.

What follows is Suzee’s entire January 1981 Pet of the Month layout, which can be considered fairly mild by Penthouse magazine standards, especially compared to those of Penthouse’s later years. 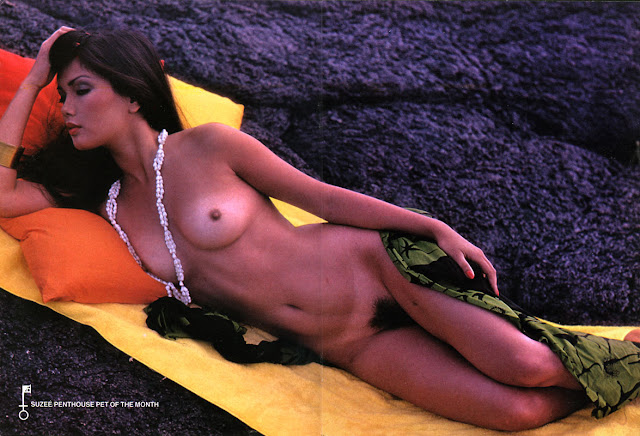 Here’s a then-barely 22-year old Suzee, looking very sweet and domestic, in a small role as
a pregnant patient of Dr. Huxtable’s on a 1984 episode of the The Cosby Show.

Now defunct, Naked News Korea was comprised of nine beautiful anchors, who, like all their Naked News counterparts in other countries, delivered all the top regional and international news stories with dedicated professionalism, while disrobing.

The Girls of Attack Girls Swim Team vs. The Undead

Among the ladies in this 2007 Japanese horror-comedy are JAV alumnae Sasa Handa and Yuria Hidaka, who are both given plenty of room to shine (if not swim) in this gem from director Kōji Kawano.

Gravure idol Risa Kudo, and the supporting cast of the 2008 gore-fest Zombie Hunter Rika, prove when it comes to comedy-horrors with cheap special effects, bad acting, and T&A, the Japanese are second to none.