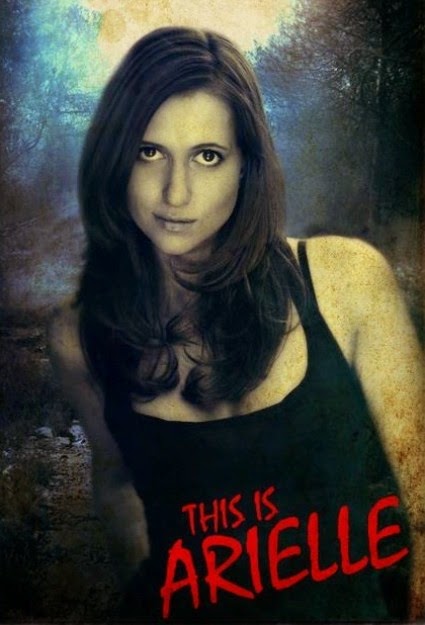 Actress and model Arielle Brachfeld was brought to my attention by award-winning writer and filmmaker Staci Layne Wilson. Staci sent me the recent press release for her upcoming film Good Family Times, in which Arielle stars as Beatrice. After looking over Arielle’s impressive list of credits, it was obvious that this lady had horror in her blood.

Despite considering herself “awkward,” Arielle is a skilled fencer and has an extensive fashion modeling background. Even though the mannequin-like demeanor of a runway model is unfitting to Arielle’s personality, she’s graced runways for some top US fashion and hair designers. However and not surprisingly, she tells me she feels more at home on a movie set covered in blood.

When she’s not in front of the camera, Arielle spends much of her time doing volunteer work for the charitable organizations she belongs to. One of which is the the Young Storytellers Foundation, a wonderful organization who provide underprivileged kids with programs to encourage literacy through storytelling, script writing, and stage performances. Another one of her involvements is with The Horror Starlets, a genre-based group of actresses who work in conjunction with the Busted Foundation, a Los Angeles-based breast cancer charity.

I recently had the pleasure speaking with Arielle about her latest projects, as well as delving a bit into her background, interests, and what certain bongo-playing physicist’s name, when mentioned, will cause her to giggle like a giddy schoolgirl. (No, it’s not Sheldon Cooper.) Above photo by Tiffany Keeyes. Arielle and Crash, from Disney XD’s Crash and Bernsteins performing
for the Young Storytellers Foundation in 2013

Arielle’s most recent demo reel. Included are clips from
Chemical Peel and The Haunting of Whaley House. 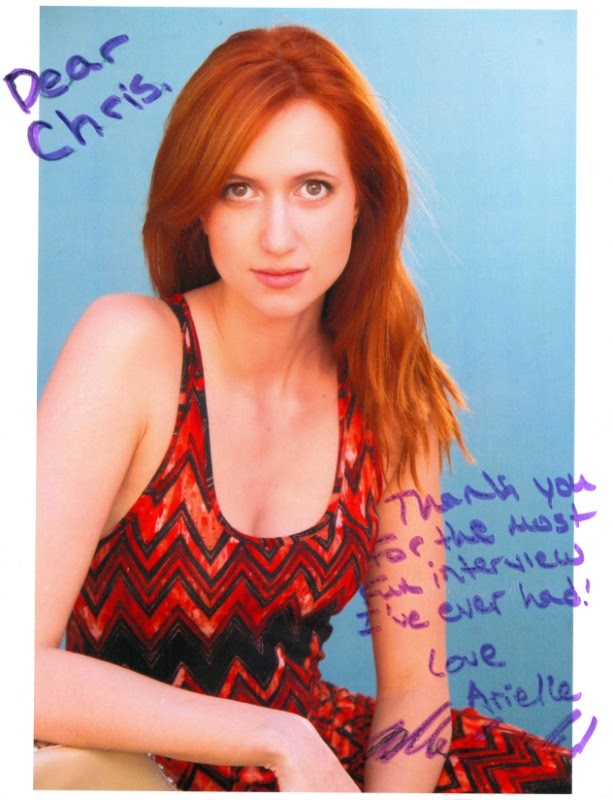 Mascara Messi is the bassist for the indie rock band Leopard Bonapart, who’ve made quite a name for themselves in and around their native Moscow. The band’s sound has been described as having elements of glam and rockabilly.

When I said to my colleague, Geo Brawn, that it looked like Patty Mullen was going to be hard to nail down for an interview, but would be well worth the efforts, he replied; “Oh definitely. I mean, c’mon, she was Frankenhooker!”

Minnesota native Nicole Kruex began performing on stage in elementary school, after she was able to break away from Nintendo long enough to discover her love for acting. She already had a love for horror as well.