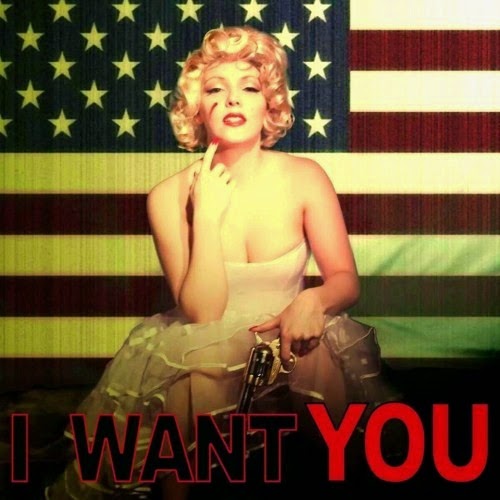 According to director Thomas J. Churchill, his upcoming film Marlyn: Zombie Hunter is a mystery, an action film, a suspense movie, a thriller, a western, and most of all, it’s a bloodbath horror film ….and it stars the lovely Sarah French. With some of her other recent titles that include The Bitch That Cried Wolf, Insectula, and the recently-announced Lazarus: Day of the Living Dead 2, Sarah’s a lady who’s truly earned the Scream Queen title. As this goes to press, fans can catch Sarah this weekend at Santa Fe Comic Con.

As evident from her November 2011 featured interview here, this isn’t the first time Sarah has portrayed the  Hollywood icon. Her first Marilyn-style photo shoot was back in 2008. Said Sarah; “My photographer at the time was a big Marilyn Monroe fan and thought I’d be perfect for a Marilyn-style shoot. We did a handful of shoots with me portraying her. It was so much fun!” Even though some may think the concept for this film was Sarah’s, it was director Thomas Churchill who gets credit for coming up with the idea for Marilyn: Zombie Hunter. 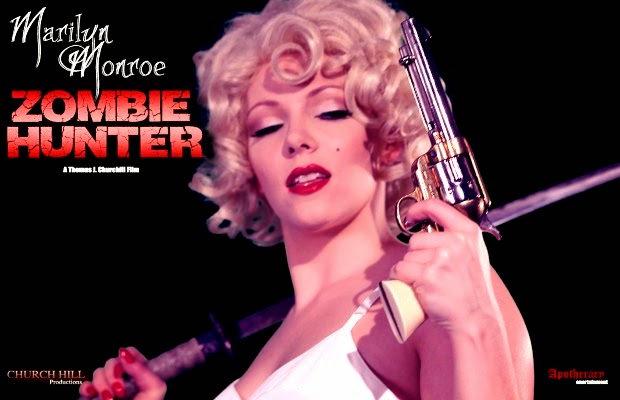 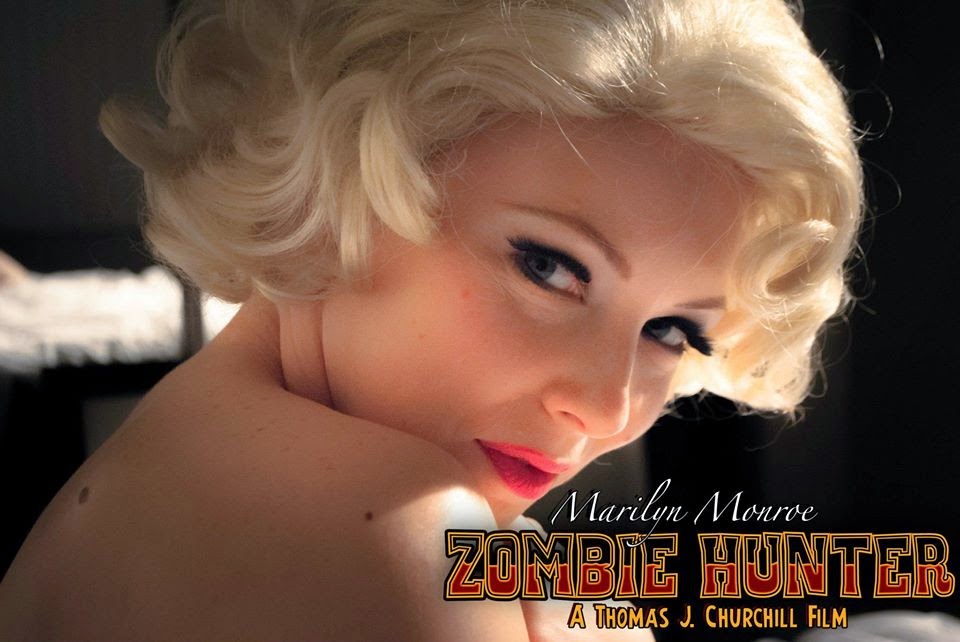 Brief interview with Sarah on being cast as Marilyn

Another lovely and talented lady, who’ll be working behind the scenes on this film, is hair and
makeup artist Branwyne Smith. Find out more about Branwyne at her official website.
More on Marilyn: Zombie Hunter at:
The Facebook Fan Page
The IMDb Page
Twitter

Serial killer Jason Voorhees isn’t a discriminating slayer, but to date, his only Asian female victim has been Eva Watanabe (played by a then-unknown Kelly Hu), in Friday the 13th Part VIII: Jason Takes Manhattan