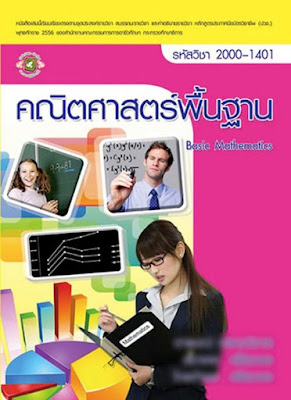 Earlier this month, Thai publishing company Muangthai Book released a public school math textbook featuring a shot of JAV Idol Mana Aoki as their “cover girl.” The photo is originally from the promo shoot for Costume Play Working Girl, in which Miss Aoki (naturally) stars as the costume play working girl. The authors’ names on the image of the cover (at right) that’s been floating around the net to accompany this story, have been blurred out to protect the embarrassed.

Of course, Muangthai Book didn’t know who Miss Aoki was when her photo was found on the net and selected by one of their employees, but when they found out, they stopped publication of the book until a new cover is chosen. As for the reported 3,000 copies that had been released, it’s a good bet that they’re already collectors’ items, so some astute math students and teachers will probably hang on to theirs, despite a recall.

This has been all over the net for a couple of weeks now, so for more details, a simple Google search will take you to many other articles covering this, such as this one at Rocket News 24.

Another comedy-horror gem from Japan that’s full of spurting blood, cheap titillation, and lowbrow humor. But what really makes this one a must-have, is that the entire female cast is composed of JAV alumnae.

This Taiwanese LV vodka cocktail commercial from a few years back features now-retired Japanese AV actress Ann Nanba. There are two versions of this ad and this is the uncensored one. The line spoken at