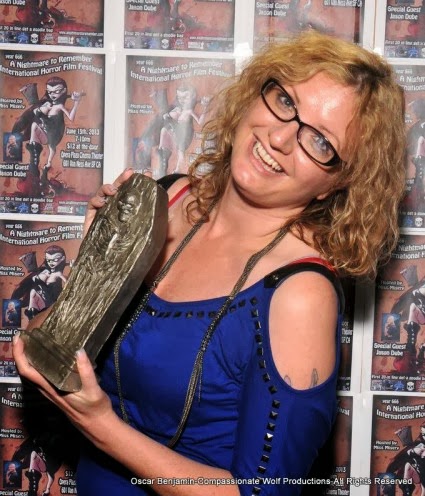 Maureen “Mo” Whelan is an actress, model, animator, graphic artist, writer, and (as she puts it), “duct tape film producer.” She tells me she primarily considers herself a creative producer, and one who isn’t afraid to handle legal matters that come with the territory. One of her latest projects, a horror she co-wrote entitled No Service, she’ll be producing and directing with Miss Misery Reyna Young, and will feature Felissa Rose of Sleepaway Camp fame. Among her animation credits is 1999’s South Park: Bigger Longer & Uncut, where she spent hours animating Terence and Phillip’s heads.

Before the glitz and glamor of show biz called, Mo managed a large auto parts franchise store, so she’s a lady who knows her way around under the hood of a car. Also a lady with a big heart, Mo actively supports many charitable causes and is often seen at their events and fundraisers around the Los Angeles area. I was recently fortunate enough to get Mo to take some time out to answer some of the questions I had for her, which included her artwork (she also paints), her views on the future of the visual effects industry, and her thoughts on Eric Cartman. Above photo of Mo at last year’s A Nightmare to Remember International Film Festival, courtesy of Oscar Benjamin.

MO: Thank you Chris for your time and the interview. Thanks Reyna for hooking us up and being my film partner in crime. Thanks to all the cast and crew I have or plan on working with for being a part of my mad creations. I also have to give a shout out to Corpsy from Girls and Corpses Magazine for encouraging my writing career. Thank you all for reading this interview and for your support. I appreciate everyone! 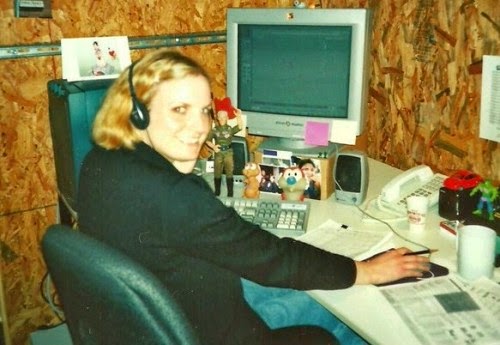 See more of Mo at:
Her IMDb Page
Mo on Twitter

A big thanks to Reyna Young at Last Doorway Productions.