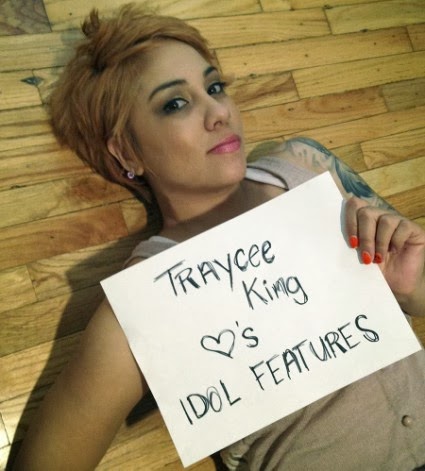 Producer, director, actress, model, and Air Force veteran, Traycee King was featured here nearly a year ago when her How to Survive a Horror Film series grabbed me. After looking over her resume, I knew she was a lady I had to ask for an interview. While doing my research, I learned there are a lot facets to Traycee and it wasn’t easy narrowing down the questions for my usual-length feature here. She has several award-winning projects to her credit (most notably her web series 8.13), all produced by her own company, Kitty Quilt Productions, she dabbles in archeology, astronomy, and giving people positive reinforcement. Also, her work with the Young Storytellers Foundation, where acting mentors volunteer their time to work with underprivileged kids, was definitely on the list of things to learn more about.

Besides all that good stuff, Traycee also occasionally enjoys making a real piece of crap film. So bad, in fact, that she had one of her gems featured at last year’s International Shit Movie Film Festival. (I didn’t make that up. Google it later.) The above, and exclusive photo is courtesy of Traycee, herself.

TRAYCEE: Awesome, this was a fun interview! Thank you! I’d love to give a shout to Inkerbella because everyone should know and hire her. You’re welcome. Another shout out to my hubby and biggest collaborator, Beau Ryan. He helps me with ALL of my productions! My sister, Rachael King; director, editor, DP, everything extraordinaire. Dan Henry, who is also a genius at everything he does; editing, DP, lighting, EVERYTHING. Drew Krassowski, because without his sweet music skills, all of my projects would be flat. Mando Franco, another horror collaborator and director genius. Billy Smith and Shannon Mansion because they make scary fun, makeup, etc. Chris Dorman, because he’s one of those actors who can do almost anything, except fly, and I cast him in EVERYTHING Hire him too, everyone. HACK PACK FOR LIFE! 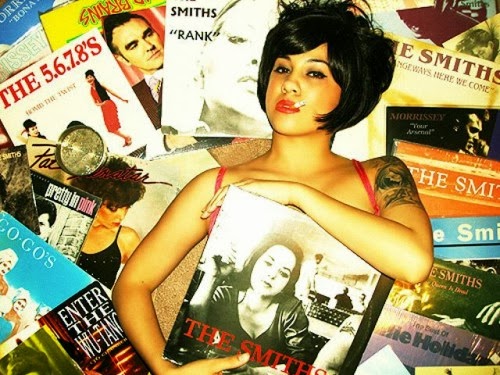 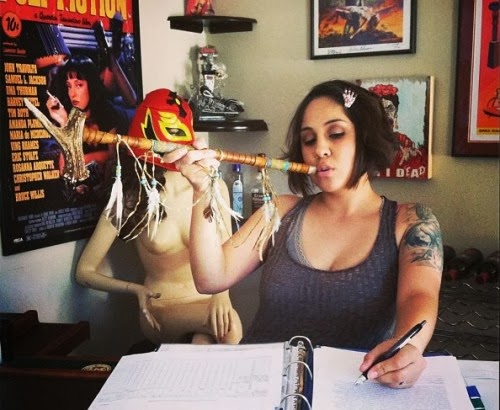 Writing the script for a crap film
Traycee’s first tip in her How to Survive a Horror Film series. For the rest in this series, as well
as others, including all the 8.13 episodes, see Kitty Quilt Productions’ Youtube channel.
See more of Traycee at:
Her Official Website
Her IMDb Listing
Traycee on Twitter 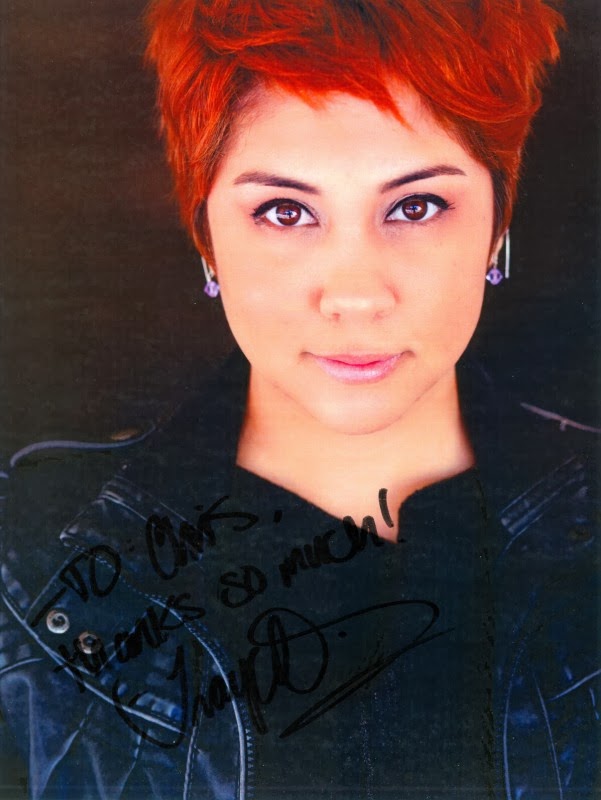