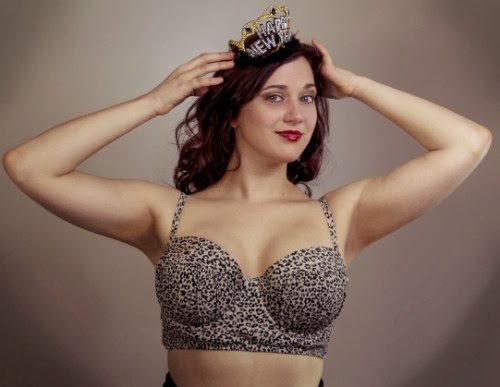 Ringing in 2014 is the very lovely actress Terissa Kelton, whom I had the pleasure of interviewing back in April of 2012. After contacting Terissa a couple of weeks ago, regarding her being part of the Christmas Compilation piece here (which she was), I saw that she’d been very busy since we last spoke. She’s still one of the top talents with Twitchy Dolphin Flix, working on both sides of the camera. In 2013, she made appearances at several of the most popular indie film festivals in the US to promote movies she’d done in the two preceding years, which included Abram’s Hand and Dear Boss Ripper.

With no less than three more completed films to her credit and a delve into professional modeling in 2013, I asked Terissa to bring me up to date with her projects since our first interview, which she graciously did. Credit for the above, and exclusive, photo goes to Chris Copple and Terissa, herself. 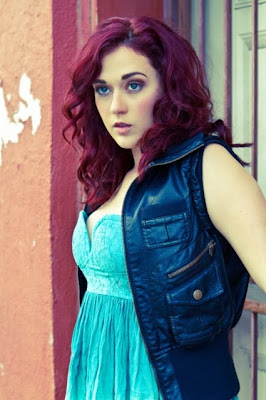 Terissa began bringing me up to date with a rundown on the film festivals her movies were featured at in 2013. In her own words; “I hit the ground running in 2013! Starting with the Macabre Faire Film Fest in New York City, where Abram’s Hand had a great screening! In March, we made our way to Muskogee, Oklahoma, to visit the Bare Bones International Film Fest for another Abram’s Hand screening.” It was Twitchy Dolphin Flix’s third year at the fest and Terissa felt right at home. and told me it was especially awesome to see her director and friend, James Christopher, win the Indie Auteur of the Year award.

At her appearance at the San Antonio Horrific Film Festival, Terissa was honored to receive the Best Director Award for her short, Dear Boss Ripper. Her first production credit, Goin’ Guerrilla, premiered at the Action on Film International Film Festival this year. The third time Twitchy Dolphin attended this one, as well, Terissa commented; “As usual, we had an absolute blast! We even had a gorilla with us to market the film.”

3 References, which was in post-production last time her and I chatted, made its premiere at the Austin Film Festival. One of Terissa’s highlights of 2013, she remarks: “The festival itself was great. The Twitchy gang and I met some amazing people, both filmmakers and audience members. We screened the movie to a sold out theater and were given rave reviews about the film and our work as a company.” 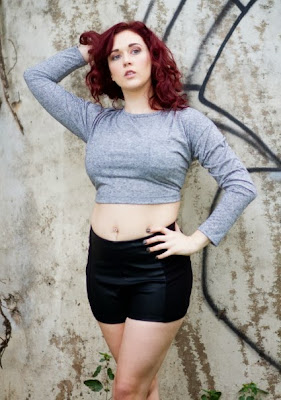 Twitchy Dolphin put on it’s annual film showcase (formerly known as Scarlet Waters), The Austin Indie Flix Showcase, where there were filmmakers from around the world. Twitchy was able to team up with local Austin drive-in, the Blue Starlite Theatre, to show a few of the films. One of the short films Terissa was in, Werebitch Meets the Sexy Ass Creature from the Black Lagoon was one of the films featured. Another thrilled for her was being awarded Best Twitchy Actress for her role in it.

Many models I’ve interviewed have branched out into acting, but Terissa has done vice-versa. Until recently, the modeling she had done consisted mainly of promotional shoots for her films, but most of the photos you see here are from her recent shoot with top Austin photographer, Dave Blake. 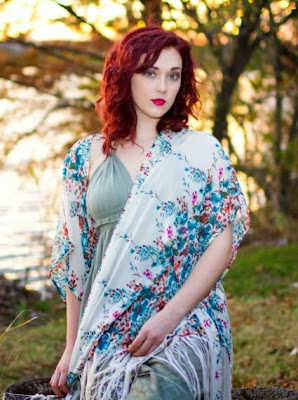 The Twitchy Dolphin team is already booking their 2014 festival screenings, where Terissa will be sure to appear. They’ll start off the year with the Idyllwild International Festival of Cinema, which will be screening Goin’ Guerrilla, followed by a screening of Co-ed Campfire Carnage (a feature that brings some of the former Twitchy Dolphin/Scarlet Waters short films into one story line) at the Macabre Faire Film Fest. After that, they’ll be heading to Duncan, Oklahoma for the Trail Dance Film Festival with Goin’ Guerrilla, which also has a TUGG event in Houston, Texas on January 14th. In February, 3 References will screen at the NuHo Online Film Festival where Terissa is once again nominated in the Best Actress category.

See more of Terissa at:
Her Official Website
Her IMDb Listing
Her April 2012 Interview

As one of the top entertainment journalists in Hollywood, as well as an actress herself, Vida Ghaffari feels equally comfortable on either side of interview mic. She’s covered film premieres, red carpet events, and shows