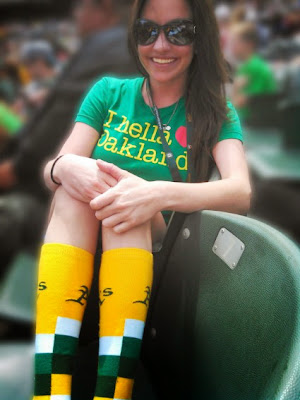 If you’re an Oakland Athletics fan and a regular at O.co Coliseum, then you’re probably at least casually acquainted with Jen Rainwater, known among A’s fans as the “Oakland A’s Socks Girl.” Even to say Jen’s a die-hard A’s fan would be an understatement. This girl bleeds hunter green and California gold and almost nothing can keep her away from an A’s home game, where, as you can see at left, she’s always seen sporting a pair of the green and gold socks that have become her trademark. She knows Oakland coliseum as well as she does her own home because it’s practically her second home, and if you want to know the status of any game the A’s are currently playing, just follow Jen’s Twitter because she’ll keep you just as up to the minute as the announcers will.

Jen is actually a native Texan who began learning about baseball from her mother and grandmother at the age of two. At four, her family moved to the Oakland area and she’s been an avid and loyal A’s supporter ever since. She became a season ticket holder in the mid-90s and hasn’t missed an A’s spring training in over 10 years.

Despite my being a fan of Jen’s most hated Major League Baseball team; the defending World Series champion and A’s arch-rivals from across the Bay, San Francisco Giants (She despises the “gnats with a passion beyond anything”), she gladly agreed to do this interview with me.

The following are condensed excerpts from my interview with Jen. (Author’s Note: The opinions expressed by Jen do not necessarily reflect the author’s opinions, especially those regarding the use of the designated hitter and the defending World Series champion San Francisco Giants and their fans.) 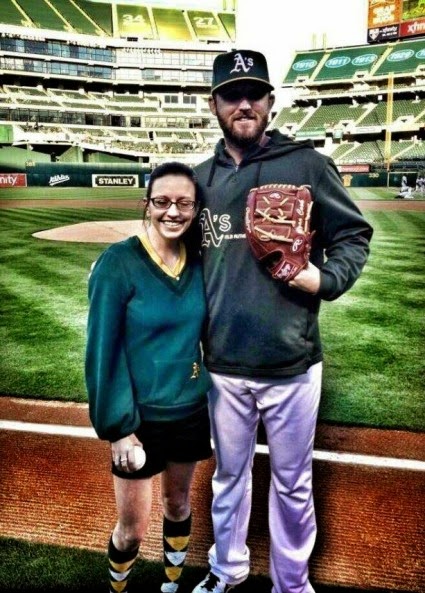 Looking a bit starstruck next to A’s pitcher Ryan Cook 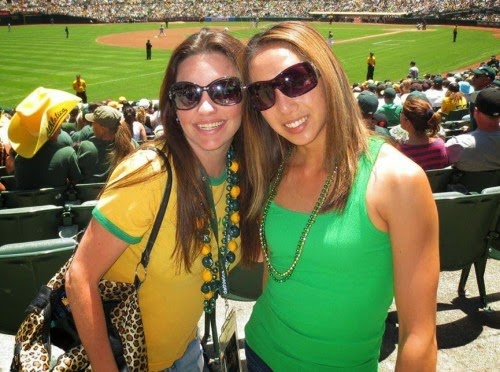 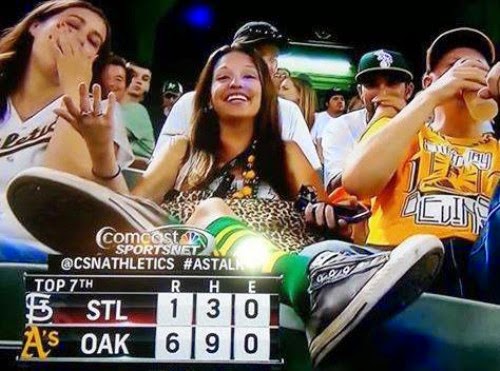 During a recent game against the Cardinals, Jen made an unexpected appearance
on the coliseum’s Comcast screen during the 7th inning stretch.

Jen throwing out the first pitch at the opening of the A’s April 16th game
against the Houston Astros. An honor not bestowed to just any fan.

Celebrity chef Marisa Churchill is well-known for the low-cal pastries and desserts she creates that don’t taste low-cal. Her best-selling book, Sweet & Skinny: 100 Recipes for Enjoying Life’s Sweeter Side Without Tipping the Scales

Sooner or later, I was going to interview the other Cave Girl from Creepy KOFY Movie Time, so I decided to make it sooner. The very next interview, in fact. Winnie Leung, known professionally and