Above is the trailer for Twisted Twins Productions‘ 2012 thriller, American Mary, which became available on DVD this month. The twins behind TTP are the eerily provocative Jen and Sylvia Soska, who also brought us 2009’s Dead Hooker in a Trunk.

American Mary stars Katharine Isabelle (Ginger Snaps, Freddy vs. Jason) as a medical student who applies for work as a dancer at a strip club, named the Bourbon a Go Go, to help make ends meet. When a “medical emergency” occurs during Mary’s interview, the club owner, knowing that Mary’s a med student, offers her five grand on the spot to save the victim’s life. Mary does, but sure doesn’t seem to appreciate the chance for the hands-on experience because she goes home, gets sick, and tries to shower the ordeal away.

The next day, Beatress, a dancer at the club calls on Mary after hearing about her surgical skills and need for cash. The Betty Boop-like (in a very sexy-yet-creepy sort of way) Beatress offers Mary twelve grand to perform some unusual elective surgery on her doll-like friend Ruby Realgirl, who wants to become less anatomically correct. Apparently, the cash is enough for Mary to get over her ethical and moral qualms and she performs the surgery.

Subsequently and with good reason, Mary becomes disenchanted with becoming a legitimate surgeon, and quits medical school to become a body modification specialist, working out of her apartment. I won’t go into any more of the story or be a spoiler (you can go to the film’s Wikipedia listing for that), but if you like movies where only and all the female characters are off the deep end, this is a gem you shouldn’t miss. Also, kudos to all those in the makeup department on this one. 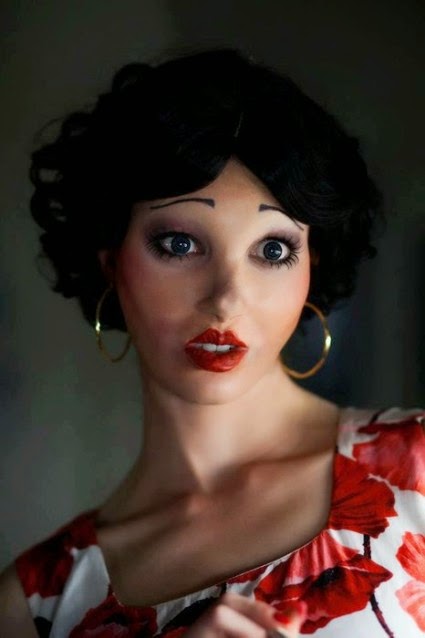 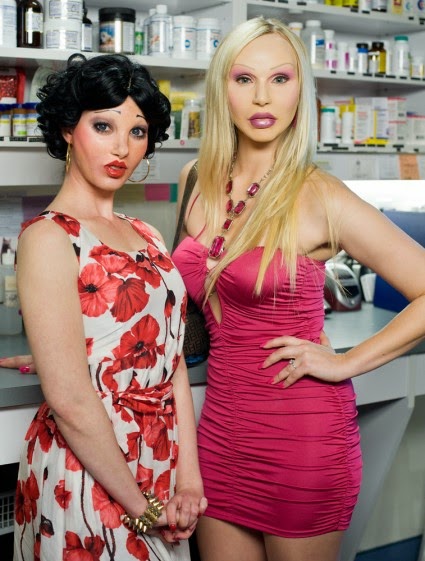 Tristan’s Beatress with her dear friend Ruby Realgirl, winningly played by Paula Lindberg. The puppet-like way Ruby’s mouth barely moves when she speaks is testament to how she’s morphed herself into a expressionless living doll. Behind all the makeup and facial prosthetics, both of these actresses are real knockouts. 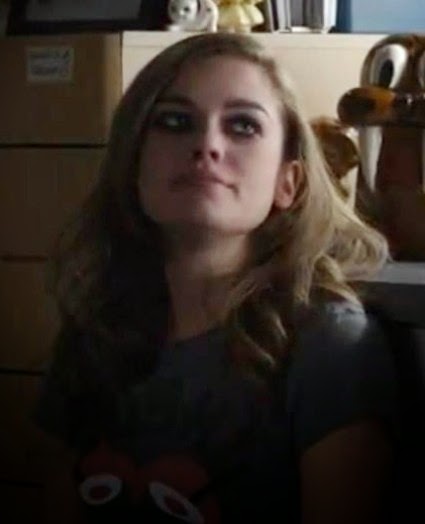 Julia Maxwell is Beatress’ cokehead niece Tessa, who lets Mary use the operating room of the veterinary hospital where she works (after hours, of course), to perform the “alterations” on Ruby. The line Beatress pseudo-sweetly speaks to her; “Tessa, honey, don’t be a cunt,” is a phrase bound to be as associated with Tristan’s Beatress as “Wanna date!?” is with Patty Mullen’s Frankenhooker. 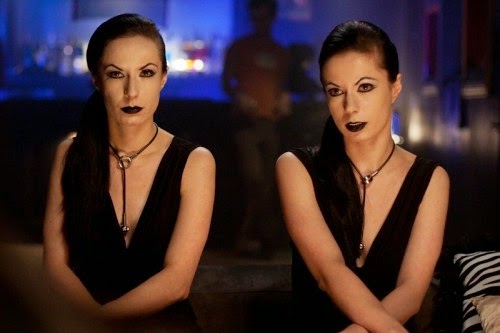 The film’s producers, Jen and Sylvia Soska, the Twister Twins themselves, are eerily provocative as sisters who go to extremes to “strengthen their connection” with each other. Follow them on Twitter. 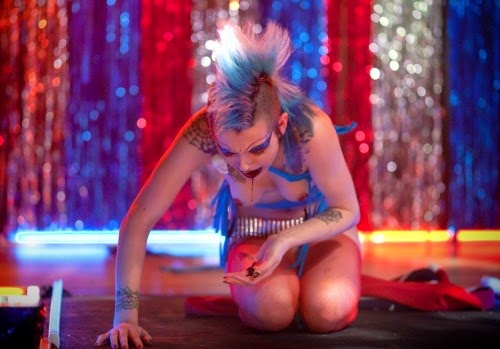 Hairstylist Sophie McMullin (aka Spooksy DeLune) has a small part as a dancer at the Bourbon a Go Go strip club, whom one of the twins has a quick “taste” of before her and sis head up to their meeting with Mary. Great 2010 article on Sophie here. 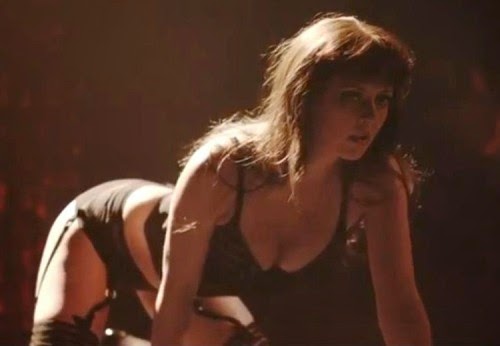 Mary never actually dances at the Bourbon a Go Go, which was the job she originally applied for, but the owner does envision her doing so in a nice fantasy sequence. However, despite the film’s R rating, the scene doesn’t really go past a PG-13. 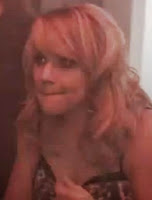 Rounding out the ladies in the cast are (left to right) Amy Sovick as one of Mary’s satisfied patients, Natasha Forry and Rikki Gagne as two more of the girls at the Bourbon a Go Go. Rikki is best-known for her stunt work and she also appeared in Jen and Sylvia’s Dead Hooker in a Trunk.

Julia, Sylvia, and Tristan during the filming of the veterinary hospital scene,
where Mary “alters” Ruby to make her even more doll-like.
278

Rather than having automatic traffic lights in larger cities in North Korea, they employ attractive and immaculately uniformed female traffic wardens at main intersections, who direct what little traffic there is with military-like precision.

The author recounts his brief encounter with Pastor Melissa Scott, when she was known as adult video star, Barbie Bridges, at a once very popular Nashville, Tennessee gentleman’s club after one of her performances.

I‘ll admit, I’d never heard of Tristan Risk until I saw the movie American Mary, in which she played Beatress Johnson (yes, “Beatress,” not “Beatrice”), a stripper who had 14 surgeries to become a real-life Betty Boop look-alike.