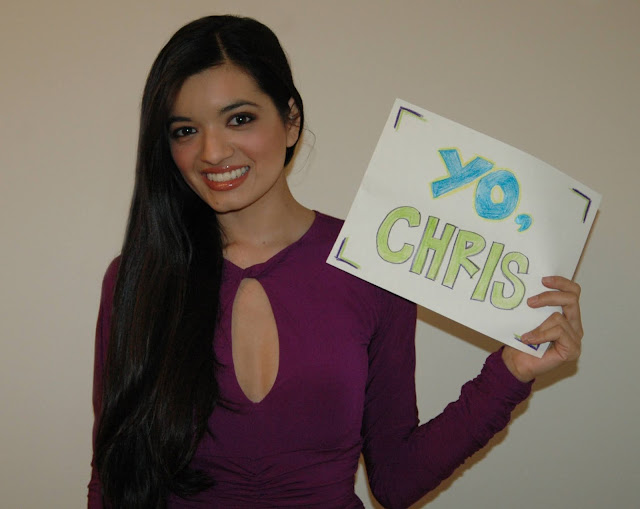 News reporter Annette Lawless has been with WJW Fox 8 in Cleveland for the last two years, after moving there from her native Kansas, where her heart still seems to be. The Kansas State alumna and die hard Wildcats fan, has recently branched out into acting, which is how I first noticed her. Annette plays the vilianess “Pandora” in the upcoming action fantasy film Lady Dragon, written and produced by Kristina Michelle.

CHRIS: Ah yes, I remember Melt Bar & Grilled being featured on Man v. Food. I’ll definitely make a note of those places for the next time I’m in Cleveland. You also enjoy cooking?

ANNETTE: Yes. I’m always concocting something in my kitchen. It’s much cheaper than eating out. Plus, I know exactly what’s in my food. Maybe that’s my secret to staying slim. My ultimate dream is to have a cooking show. My cooking style is like an exotic, budgeted Rachel Ray.
CHRIS: What are some of your best dishes?
ANNETTE: Baking is an inspiration of mine, though I like to cook a myriad of dishes. My favorites to make are cookies, apple cake and bierocks, which are like a German calzone made of beef, cabbage and onions. Just about everything in my kitchen is from scratch, including sauces and bread which I make at least once a week. Cooking is therapeutic for me, and working in TV, it’s far cheaper than from Freud-knockoff with a couch.
CHRIS: I also understand you’re also quite a bowler and recently bowled a 238 game?
ANNETTE: My mom got me hooked into bowling as a child. I played on a league from the time I was about eight and well into my teens. At times my teams were so good, we’d go to state tournaments. I have a few trophies from the “glory days.” I re-entered the bowling scene about a year ago, and have been doing well. My average started at about a 115 and now is about a 150. Part of that is due to experience, but I also got a new ball and throw my bowl more like a pro. In the past couple months, I’ve bowled three 200+ games. If you bowl that consistently, you can go pro. That’s my plan: Quit acting. Quit reporting. Get a goofy shirt and hit the lanes. Seriously, I would consider it. I like to give a touchdown dance when I score on an amazing split. It’s hysterical.
CHRIS: I’d love to see that. What other sports or activities do you enjoy?
ANNETTE: Softball. I used to play it as a teenager. I wasn’t really great at it, but I enjoyed the team aspect. I usually played second base or shortstop. Growing up, my family would go to Royals baseball games. I loved traveling to Kansas City and seeing George Brett and Bo Jackson play. Bo and I share the same birthday, November 30th.
CHRIS: Being a Kansas State alumna, you’re an avid Wildcats fan. So, have you been able to attended any of their home football games since moving to Cleveland?
ANNETTE: Unfortunately, I have yet to make a trip back to Manhattan since I’ve moved to Cleveland. An avid fan of Kansas State football and basketball, I cheer them on from Ohio. And I get to do it in my PJs. A big plus! We surprisingly have a lot of fans here in the Buckeye State. West Virginia joined the Big 12 this past year, so I was able to join my fiancé, a sports photographer, while he was working that game. The Wildcats won, and it was a blast.
CHRIS: Is there anything interesting about you that you don’t usually include on your bios?
ANNETTE: I have a passion for shoes, but rarely get to wear heels because of the grind of my job …and the fear of dropping pricey equipment on the ground. I also own more than eight websites and dabble in professional web design. I’m not an HTML-geek, but I do like crafting eye-popping material.
Recently, I was named a Youtube Partner and a verified journalist on the highly competitive MuckRack.com. It sounds silly, but it would make my day to become verified with a blue checkmark on Twitter. I know it’s a stupid form of validation, but hey, a girl can dream!
CHRIS:Once again; it’s great to have you featured here, Annette. I, and I’m sure many of my readers, will be keeping an eye out for your future projects. In closing, any plugs, hellos, or shout-outs to anyone?

ANNETTE: I would just like to thank anyone who’s made it to this part of the bottom of the web page. Congrats. You’ve won my plug! I’d love for you all to go to my Facebook Fan page and LIKE it. I put quirky photographs on there and updates on projects, news stories, etc. Also, I’m an avid Twitterer. I posts on there quite a bit more than Facebook, but I try to entertain with little quips. Plus, I love chatting with people on there. You can also check out my Youtube channel and my website, just to prove to you how schnazzy it is. 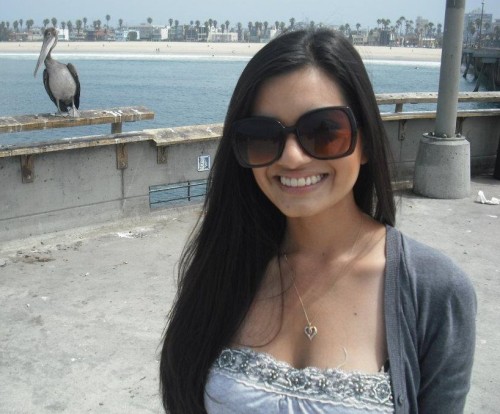 Under the watchful eye of a pelican at the California coast 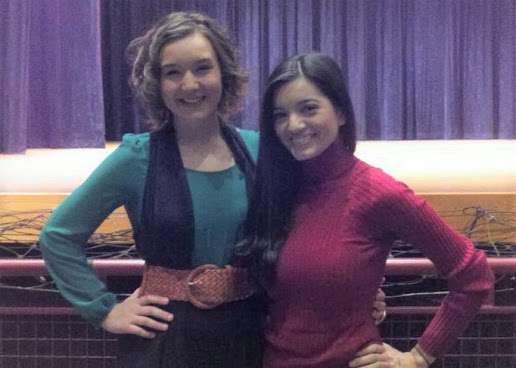 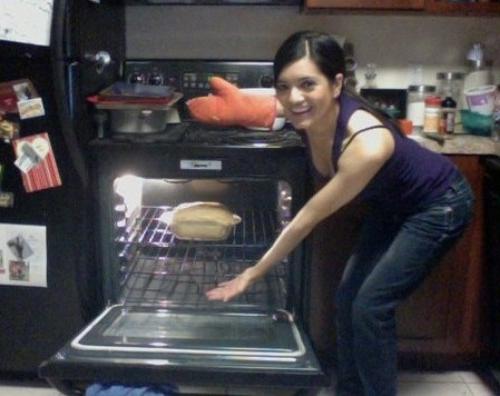 Enjoying one of her favorite pastimes 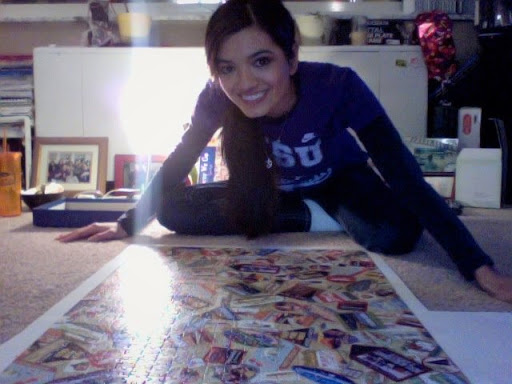 Also a jigsaw puzzle wiz, Annette’s able to put together 1000-piecers in a day
Annette on the hunt for Charlie Sheen