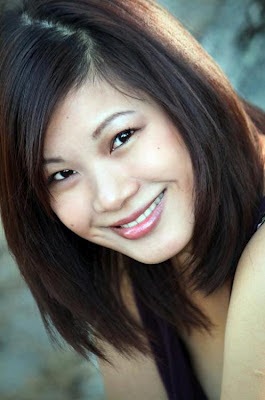 A girl of many voices and a love for anime, manga, and black cats, actress Ginny You has done primarily voiceover work so far and considers herself a voiceover actress first and foremost. Her most recent voiceover role was that of Maid Marian in Robin Hood: Ghosts of Sherwood 3D. However, the Purdue alumna has proven she can be more than just a voice behind a character.

Ginny has also been chalking up on-screen acting credits since 2008, beginning with the piranha-owning lead in the short film Abby (one she’d rather forget because her acting skills have come a long way since) to the more notable roles in the web series Candy Girls, Lewis Schoenbrun’s sci-fi adventure Aliens vs. Avatars, and David S. Sterling’s 3D Bikini Beach Babes Issue #2. 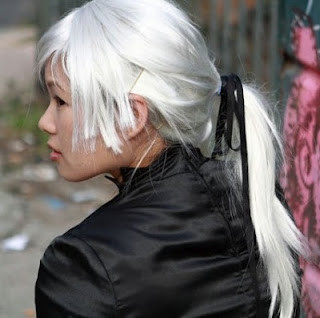 GINNY: Well I sometimes enable my feet as secondary hands, but I don’t know how much of a skill that is. It may just be because I find it funny to use my feet instead of my hands or do it just because I can.
CHRIS: (Considering asking for a demonstration but deciding to move on) What project are you currently working on?
GINNY: I have several projects in post production and I’m really excited about all of them. For voiceover: ADR/Looping for a feature and an audio book. For on camera: two web series, one feature, and an industrial video. Also, I appear in the music video for “When the Moment Comes” by Mia Dyson, which just came out. Also, in July I’ll be filming Fat Planet. In the meantime, I continue to take classes so that I can be ready for the next project.
CHRIS: Well thanks so much for taking the time to answer my questions Ginny. Now you don’t have to envy Lacey for being featured here. In closing, any plugs or shout-outs?
GINNY: Thank YOU for reaching out to me for this interview. I was really excited to hear from you! And yes, I’d like to say thank you to everyone I’ve had the opportunity to work with and to everyone who supports me in my career choices, I am so grateful to have you in my life. Words cannot even express how much you mean to me. 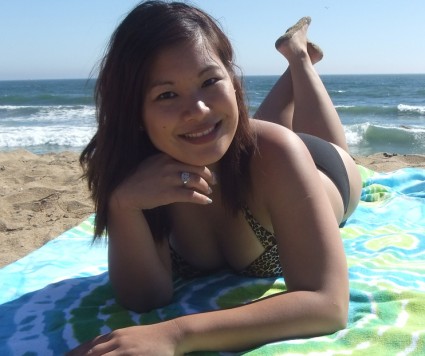 Earlier this year on location for 3D Bikini Beach Babes #2 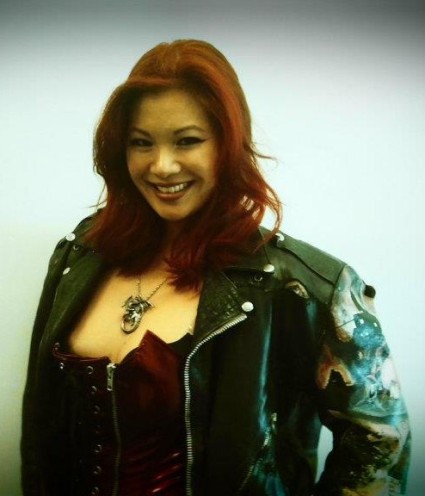 On the set of Vampire Club 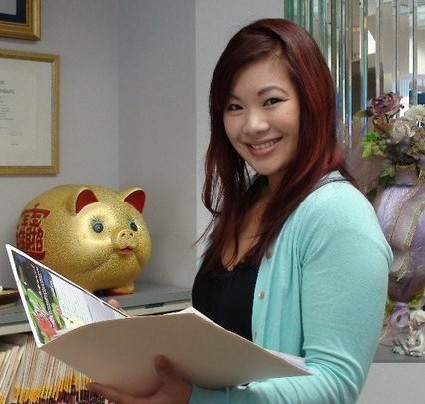 In a commercial for Evergreen Dental Care

A sample of some of Ginny’s voiceover work