The Latest
Korean girl group Morning was a unique foursome of very beautiful ladies who, in 2003, scored a hit single with a dynamic ballad entitled “I’ll Make You Happy,” off of their one and only album; Return to the Innocence. Above is the official music video for the song. Exemplifying the group’s uniqueness here is violinist Jang Min-kyung, whose solo adds an excellent embellishment to a part that would ordinarily feature a guitar or keyboard.
The other members of the group were Shim Seong-hee (Lead vocal), Kim Bu-yeon (Second vocal), and Baek Bo-ram (Rap, narration, and vocals). They couldn’t be considered a band since only Min-kyung played an instrument besides sang, but they definitely weren’t the typical K-pop female vocal group, either. Perhaps that’s why they didn’t seem to find their niche and disbanded after just the one album.
“Live” (actually lip synced) short version of “I’ll Make You Happy” on the still-very-popular Korean music show, Showking M. Here the group used back dancers and Baby VOX-type choreography, which didn’t seem to work well with their performance since Morning really wasn’t about all that.

Official music video for “Habit,” the follow-up to “I’ll Make You Happy.” This was the only other song from their album that received airplay in Korea and arguably saved Morning from being considered a one-hit wonder. Even though it turned out to be a minor hit, it wasn’t a strong enough follow-up to keep the group in the limelight. 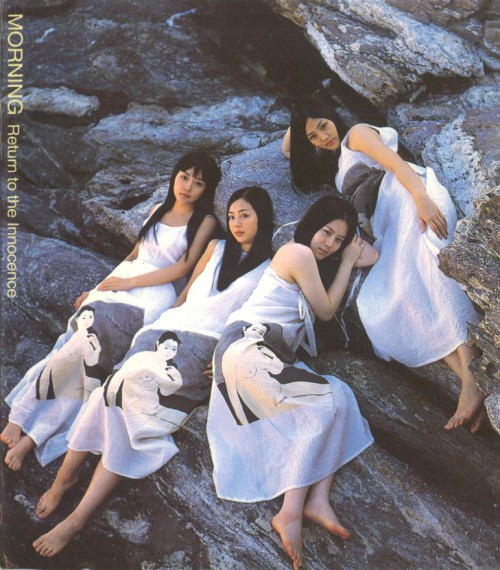 Sirens of the sea: The album cover of Return to the Innocence. 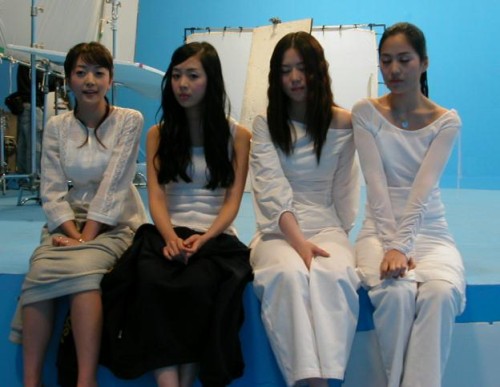 On the set of the music video for “I Can Make You Happy”
Everything here is from 2003, their banner year. I wouldn’t say the girls have disappeared from the public eye since, but a search of Daum.net (a very popular Korean portal) revealed that being members of Morning was definitely the highlight of all four ladies’ musical careers ….at least, so far. (I mean, they are still young.) The highest profile ex-member seems to be Bo-ram, who had the most subdued role in the group. She’s appeared on several comedy and TV variety shows, models for her own fashion website and maintains a public Twitter and Cyworld.

Even though there weren’t any girls who stood out during the 2006 World Cup like the media-named “Miss World Cup,” Shim Mina did in 2002, Han Jang-hee aka “Elf Girl” came the closest. After a

Here’s the 2001 Dodo cosmetics TV commercial that gave Korean transgender model, singer, and actress Harisu her big break. Her name was taken from the English words “hot issue” and she sure was after this