(Author’s Note: The information given on the ladies in this article is on the characters, not the actresses portraying them. Also and obviously; I’m only including the ADAs of the original Law & Order series here, not the ones from the subsequent Law & Order: SVU or Law & Order: Criminal Intent.) 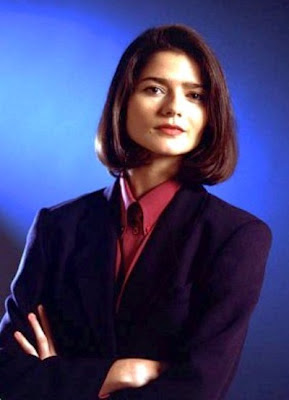 Law & Order was a popular crime drama based in New York City, that ran from 1990-2010. For the first three seasons, the assistant district attorney was a man, but by the end of the third season, the producers decided the show didn’t have enough female characters (and I sure don’t know why it took them three full seasons to realize that), so at the beginning of the fourth season, the ADA was female and from that point on, all the ADAs were female. Furthermore, all were very easy on the eyes. The first being ADA Claire Kincaid, played by Jill Hennessey (pictured at right), who served as the lead prosecutor’s second chair lady from 1993-1996.

Claire was a Harvard Law grad who was described as an “idealistic, outspoken feminist and agnostic who became increasingly disillusioned with her job.” Although she was well-respected by her bosses, Clair’s liberal views often clashed with the duties of her job and they didn’t always sit well with her initial, more conservative superiors. She was killed when a drunk driver rammed into her car while she was driving Detective Lenny Briscoe home, who had one too many himself that evening. She was considering leaving the Manhattan DA’s office at the time of her death. A few hints were dropped that she had a more-than-professional relationship going on with lead prosecutor Jack McCoy, while she was working alongside him. That wasn’t finally confirmed to viewers until three years after her death. 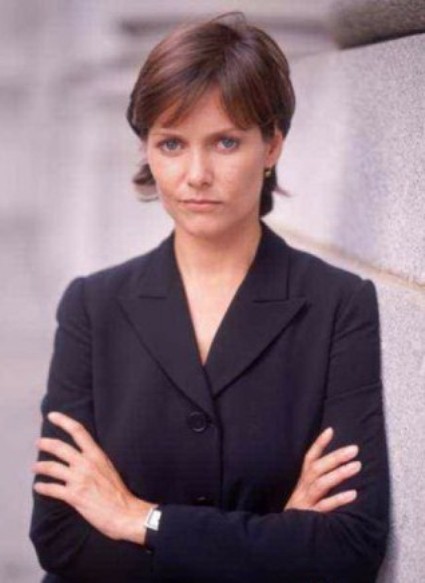 Columbia graduate Jamie Ross (played by Carey Lowell from 1996-1998) was a defense attorney before coming to the Manhattan DA’s office to replace Claire Kincaid after her death. Like her predecessor, Jamie’s liberalism often caused her to be at odds with her superiors, but she eventually fit in and also became a well-respected prosecutor. Her short stint with the Manhattan DA’s office ended without a jaw-dropping death or departure. She left to get a job to spend more time with her family. Seven years later, in the short-lived Law & Order spin-off, Law & Order: Trial by Jury, viewers saw that she had become a judge. 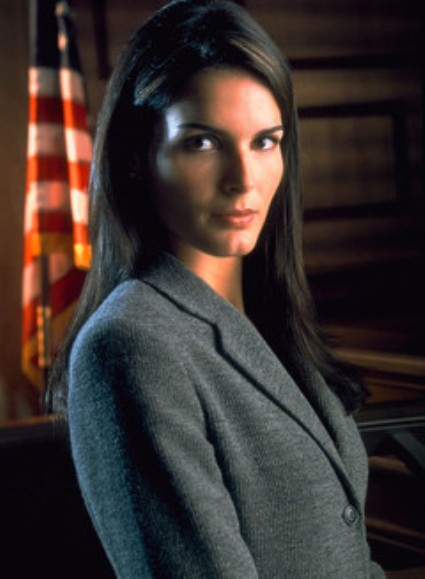 Abby Carmichael (played by Angie Harmon from 1998-2001), a University of Texas alumna, was unlike her two female predecessors in that she was a political conservative. She was pro-life, in favor of capital punishment, and was a staunch supporter of the 2nd amendment. She was described as having “no faith in criminal rehabilitation programs” and her conservative views often differed with Jack McCoy’s, even though the two clearly developed a mutual respect. She left the Manhattan DA’s office to join the US Attorney’s office in New York. Despite her remaining in the Big Apple, she was never again seen on the show or notably mentioned in any subsequent storylines. 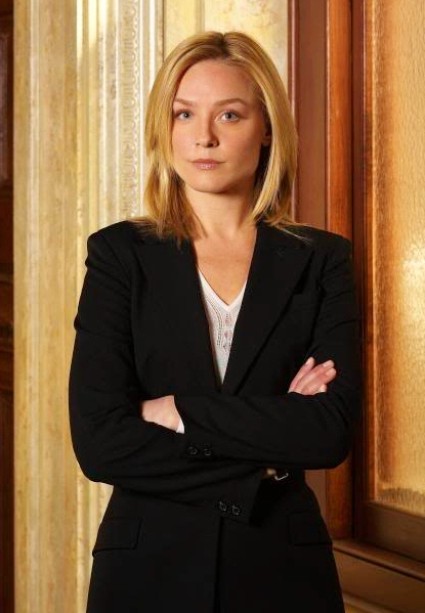 ADA Serena Southerlyn (played by Elisabeth Röhm from 2001-2005) often was at odds with her bosses over their trial strategies in cases where she seemed to sympathized with the defendant. Her stint on the show ended when her conservative boss, DA Arthur Branch, fired her because of that and him feeling that she let her emotions get in the way of her doing her job. Even though her sexuality was never explicitly revealed on the show, hints that she swung the other way had been dropped during her time on the show. It was finally confirmed in her last scene when, after being told by Branch she was fired, Serena asked; “Is this because I’m a lesbian?” Branch said it was not (as if he would have been expected to tell her anything else), to which she replied; “Good. Good,” and walked out of the Manhattan DA’s office. 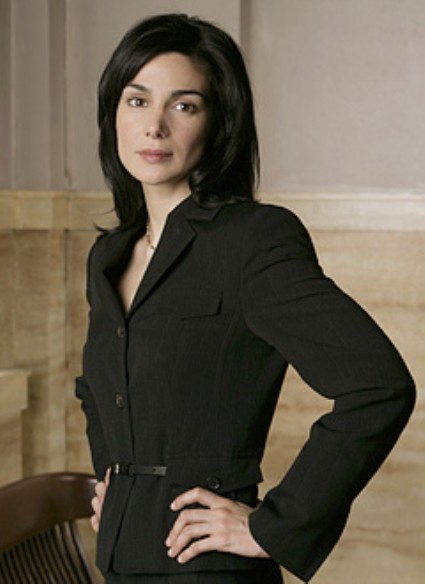 Alexandra Borgia (played by Annie Parisse from 2005-2006) was the shortest serving assistant prosecutor, and had it not been for her untimely death, she may have been one of the longest serving. Unlike her predecessor, Borgia often agreed with the calls made by her superiors and complied with their directions, without letting her personal views or emotions get in the way. When her husband became the focus of a investigation into a series of home invasion robberies, it was revealed that he had been supplying killers with fake DEA badges. After she began trying to get him to give up the names others involved, she was kidnapped from her apartment. Her bound and beaten body was found in the trunk of a car, dead of asphyxiation. 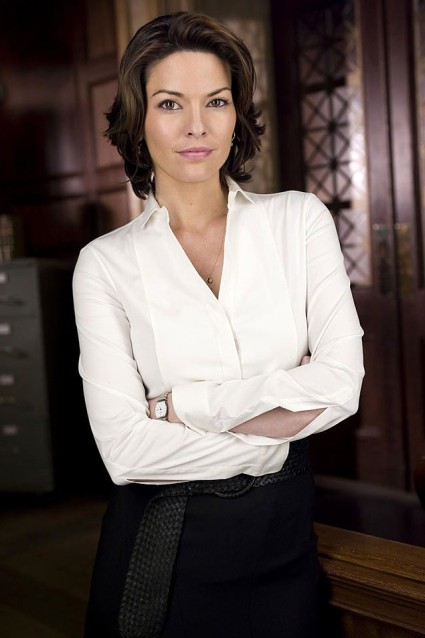 Connie Rubirosa (played by Alana de la Garza) was the last and longest to serve as the show’s ADA. After graduating from Swarthmore College and spending some time as a kindergarten teacher, Connie joined the Manhattan District Attorney’s office in 2004. After Alexandra Borgia’s death, she took the spot working alongside Jack McCoy from 2006 until the series ended its 20-year run in 2010. She then made the move from New York to Los Angeles and reappeared as a Deputy District Attorney on the short-lived Law & Order: LA in 2011, toward the end of its first and only season, but even her presence wasn’t enough to save that show from a merciful cancellation.

Who was the best ADA on Law & Order?

Law and Order – All Seasons (but remember the ADA before season 4 was male):

The main character of the “Zero Woman” series is Special Undercover Agent Rei, who works for “Section Zero” of the Tokyo Police Department. The role has been played by 10 different actresses over the years, the first of whom being 70s pink film queen Miki Sugimoto.

Kekko Kamen battles the evil forces at the “Spartan Institute of Higher Education,” run by principal “Toenail of Satan,” who takes sadistic delight in dishing out humiliating punishments to the female students, particularly pretty Mayumi Takahashi.

Asian Cheerleaders of the NBA

The high energy routines of NBA cheerleaders keep the crowd pumped-up during halftimes and breaks in the action. Here are 24 Asian ladies who, during the 2011-2012 season, grace the court with their squads on game days in support of their teams.