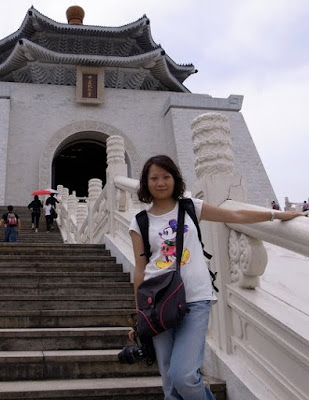 Even though she takes great golf action shots, photographer Amanda Hu told me her favorite subjects to photograph are landscapes. She does have some fantastic examples of those in her portfolio, as well as some outdoor shots that are worthy to be made into jigsaw puzzles. I know that may not sound like it, but that’s a sincere compliment. Just take a look at the high quality of the photos that are used for jigsaw puzzles.

Impressed with her work, I recently chatted with Amanda about a feature here. Since she doesn’t step in front of the camera very often (and is a little shy), I suggested I feature her as a photographer with photos she’s taken, rather than posed for. Landscapes weren’t really what I had in mind but Amanda, being an amateur golfer herself, has also taken great action shots of some of the top talent in the LPGA who’ve played in tournaments she’s covered. Of course, I still wanted to include some background info on Amanda herself, without it sounding like a formal interview. So, the following are excerpts from my conversation with Amanda while we were discussing her possible inclusion here. Above is Amanda outside the National Chiang Kai-shek Memorial Hall in Taipei.

AMANDA HU: I read the website you mentioned. It’s great
CHRIS CHARLES: I’d be happy to feature you there, if you’d like.
AMANDA: Oh, yes, my pleasure but do I need to submit some work regularly or some commitment?
CHRIS: Oh no, it would just be for one article. I’d feature you as a photographer and include some examples of your work.
AMANDA: Oh, I see. Sure
CHRIS: Do you ever shoot any female models?
AMANDA: Actually no, not at all. I can recommend my friend to you. He is very good at model shooting and that is one of my worrying. because I shoot scenery mostly, not models, which is not really suitable (for this site).
CHRIS: How about some photos that you’re in? Are you also comfortable being in front of the camera?
AMANDA: (Laughs) No, I just like to shoot other people.
CHRIS: I could just write a short feature on you and include photos you’ve taken. Have some time now to answer a few questions?
AMANDA: Sure
CHRIS: Okay,Great. I know you currently live in Kuala Lumpur, Malaysia, but where wear you born and raised?
AMANDA: Born and raised in Neijiang, Sichuan Province, China
CHRIS: What first got you interested in photography?
AMANDA: I studied fine art in college. I learnt the very basic photography knowledge at that time, using my father’s film camera. It was about 14 years ago. In 2008, I bought myself my first DSLR and picked up this hobby again. I love beautiful scenery, I feel like I want to keep it, so I take photos.
CHRIS: What is the most memorable photo shoot you’ve ever done?
AMANDA: When I was traveling in Tibet, I took photos for the young Tibetan monks when they walked to me in the sunny morning!
CHRIS: Have your photos ever been featured in any exhibits?
AMANDA: So far, just a small Shashin Photo Club exhibition/event entitled “Let There be Light.”
CHRIS: Ever taken any photos that were dangerous? I mean like; wild animals, dangerous locations, whatever?
AMANDA: (Thinks a while) Maybe it’s not dangerous, but quite impressive to me, when I traveled in Xinjiang with friends, we waited for the sunset to shoot it. The lighting is very rich during the sunset on the prairie in the summertime. So, we shoot until it was quite dark ….and there were no road signs showing the way out (to the main road). We got there by following the previous car tracks. As time passed, the temperature dropped rapidly. Everyone was worrying and afraid we were lost, and the car would get stuck in the mud. We finally found out way out, but it was a frightening experience.
CHRIS: So, who are some of your favorite photographers?
AMANDA: I have a few but Wang Jian Jun (王建军) is my favorite.
CHRIS: What is your favorite subject to photograph?
AMANDA: Landscapes
CHRIS: What are your hobbies?
AMANDA: Golf!!
CHRIS: Ah yes, and you’ve taken many photos of pro golfers, as well.
AMANDA: Some, not too many. I love golf. That is my first and favorite hobby.
CHRIS: Do you have a handicap or are you a scratch golfer?
AMANDA: My handicap is 18
CHRIS: Have you met many professional golfers?
AMANDA: I’ve attended PGA & LPAG tournaments, and did some shooting. Is that meeting them?
CHRIS: (Laughs) Well, close enough. What female golfers have you photographed?
AMANDA: Some of the more famous ones are Ai Miyazato, Na Yeon Choi, Natalie Gulbis, and Yani Tseng.
CHRIS: That’s great so how about we focus this feature on you as a photographer and golfer and include a couple of photos of you, and a few of some of the female golfers you’ve shot?
AMANDA: Wow, sounds great! I will try to upload some more of my photos to Flickr after Chinese New Year and let you know. I am planning to go to Tibet on February 18th . I may stay there for two months ….if I get used to the high altitude!

(Below are shots taken by Amanda at Sime Darby LPGA Malaysia 2010.) 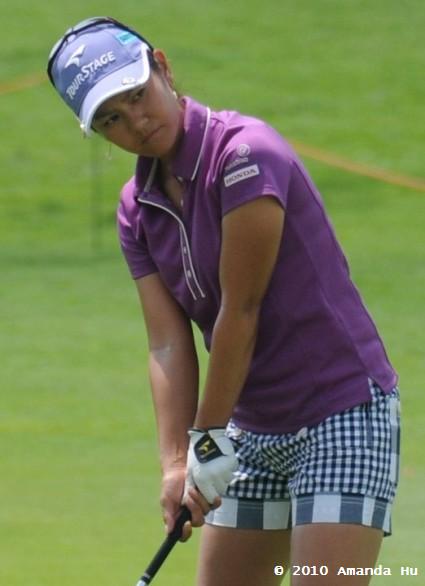 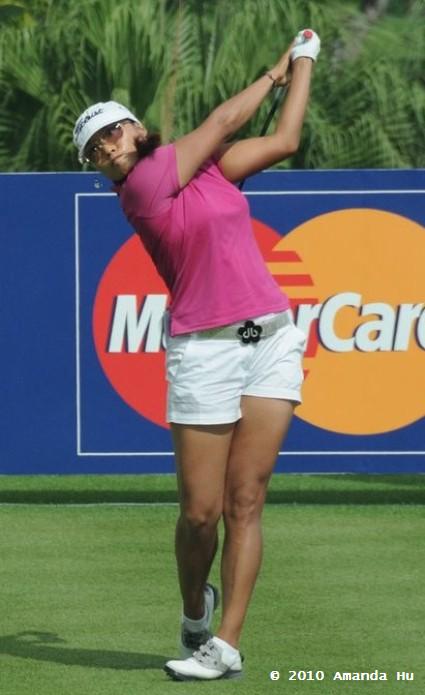 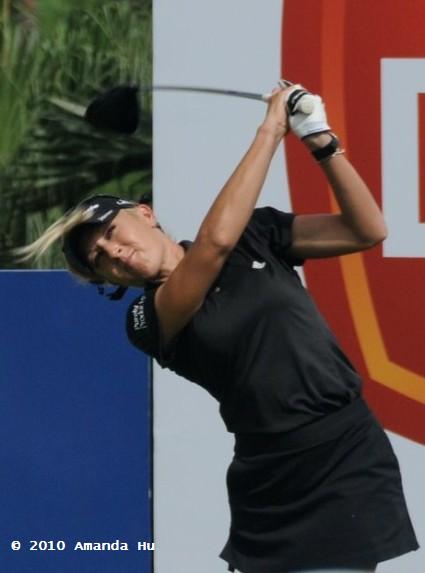 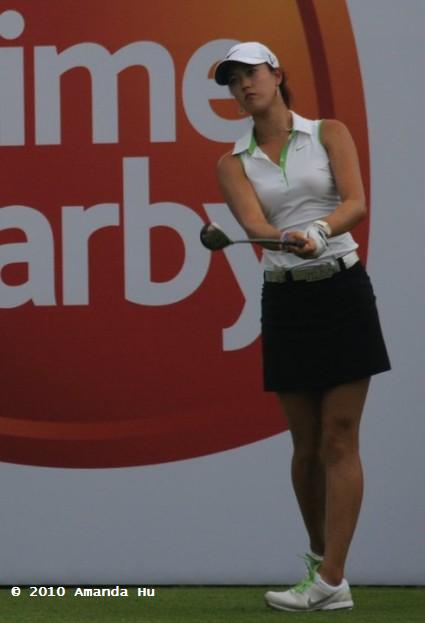 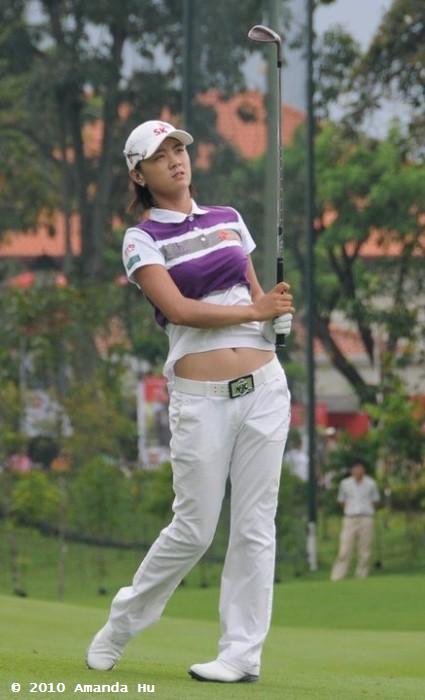 Check out more of Amanda’s photos at her Facebook Page