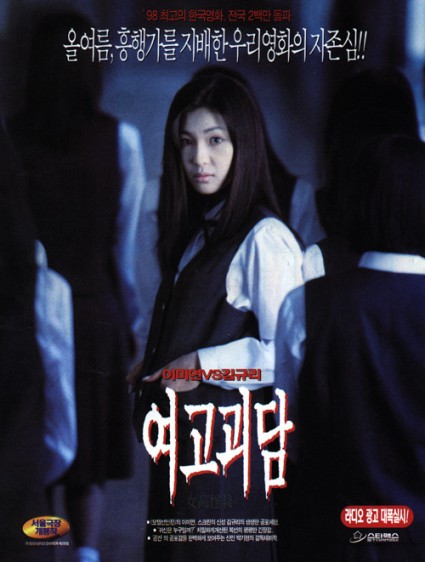 Specifically chosen for the Halloween article, the most popular Korean horror film anthology to date is undoubtedly the “girls high school ghost” series, known in English as Whispering Corridors 1-5. Although they share a common theme and all-female casts, the films in this series are not linked to one and other in terms of a continuing storyline or recurring characters.

Above is the poster for the 1998 original featuring star Kim Gyu-ri, who plays an artistically gifted student who’s welcomed to her senior year at Jookran Girls High School by the sight of a particularly mean teacher hanging in the schoolyard. This film is considered by many to have marked the beginning of when Korean horror films would finally take their place alongside their Japanese and Hong Kong-produced counterparts as some of the best of the genre to emerge from Asia. However, unlike their counterparts in other Asian countries, Korean horror filmmakers don’t rely heavily on extreme splatter, tongue-n-cheek gags, and sophomoric titillation with casts made up of former or current porn queens. (Not that I’m knocking all of that ….just saying.)

(Author’s Note: All of the actresses mentioned in this article were at least 18 at the time they appeared in these movies.)

Trailer for the 1998 original; Whispering Corridors 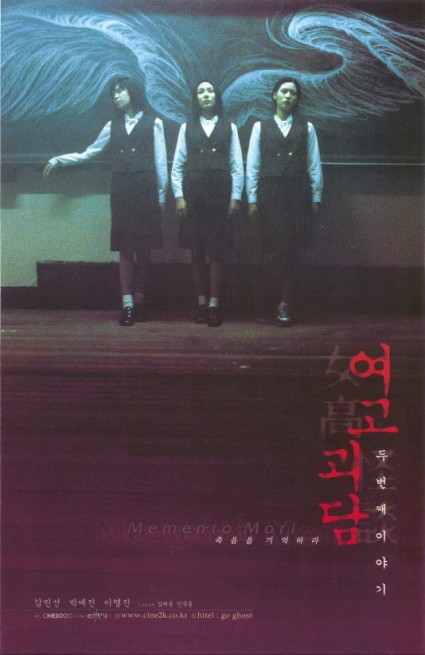 Memento Mori (1999) centers around the lesbian relationship between two students (played by Park Ye-jin and Lee Young-jin) and the ghostly happenings that occur around the school after one of the girls commits suicide by jumping off the roof of the school building. The classroom kiss scene between the two leads in this one has become very well-known by Korean cinemaphiles. I spoke with someone who worked in a video store when this was released on VHS and she told me whenever the tape was returned, it was always cued to that scene. 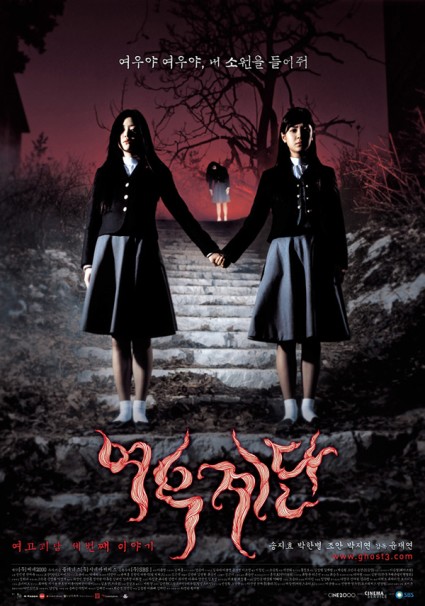 The title of the third entry, Wishing Stairs (2003) draws on a school legend that if you count aloud each of the 28 steps to the school’s dormitory as you climb them and come upon a 29th, you’re granted a wish. When close friends So-hee and Ji-seong (played by Park Han-byul and Song Ji-ho, featured on the above poster) end up competing for one slot at a prestigious dance academy, Ji-song wishes upon the stairs for it. She gets it, but it’s at the cost of So-hee’s life. However, another student named Hye-ju (An Jo) finds the 29th step and wishes So-hee back. If you’re familiar with the story The Monkey’s Paw and the movie Pet Sematary, then you know that’s never a good idea. 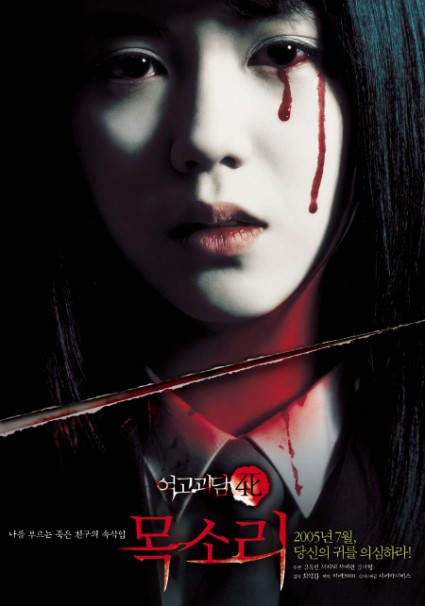 Voice (2005) opens with a gifted singer Young-eon (Kim Ok-bin, featured on the above poster) getting killed by having her throat cut by a sheet of music. After Young-eon’s death, her best friend Seon-min (Seo Ji-hye) can still hear he talking to her. Seon-min is convinced to try to find out who killed her friend and is aided by Cho-ah (Cha Ye-ryeon), another student who has the ability to hear the dead speak to her. 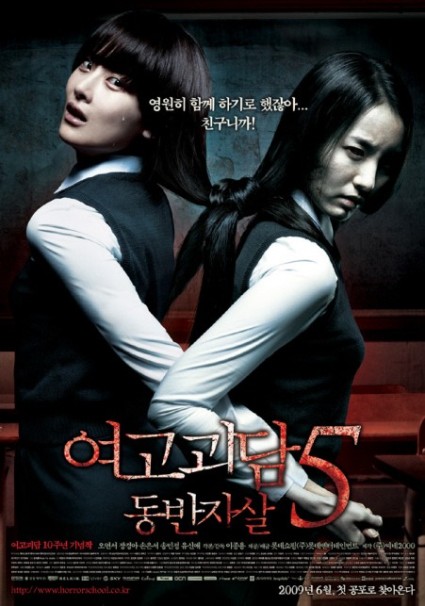 The latest entry of the series, Blood Pledge, also known by its literal translation Suicide Pact (2009) opens with four friends making a suicide pact. However, the only one who keeps the pact is Eon-ju (Jang Kyeong-ah), who ends her life by jumping off her school’s rooftop. Having witnessed Eon-ju’s suicide is her younger sister, Jeong-eon (Yoo Shin-ae), who tries to get the reason for her sisters’ final act from her three friends; Soy, Yoo-jin, and Eun-Young (played by Son Eun-so, Oh Yeon-so, and Song Min-jeong, respectively).

Arguably the most popular sub-genre of exploitation films, women in prison movies generally have three main elements: Sadistic guards, sadistic inmates, and a young, innocent new convict, who was unjustly convicted and finds herself at the mercy of those sadists.