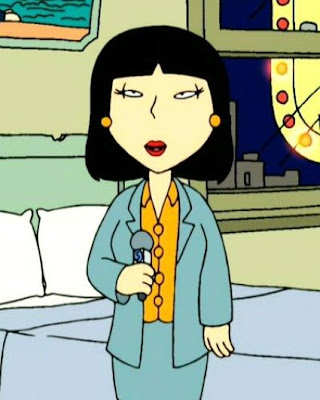 Tricia has been with WQHG Channel 5 in Quahog, Rhode Island since 1999 and is the station’s star on-the-scene reporter. The sexy and tenacious journalist has been knocked over by a flying car while covering a hurricane, vomited on the air while reporting on a flu epidemic, and captured an exclusive interview with a prison escapee, while he was escaping from prison. The above still is from her multi-part, Special Report on Sex, where she went in depth and undercover to get her story. 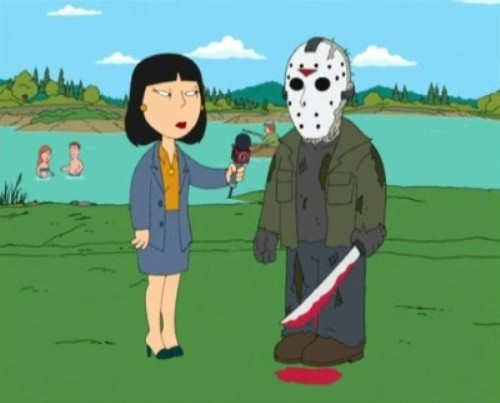 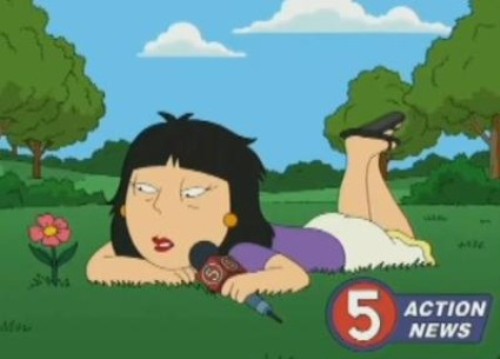 One controversial report Tricia did was on how a flower looks, which was
scheduled to air in the wake of the brief legalization of marijuana in Quahog.
However, due to backlash from the community, and Tricia forgetting
what she was reporting on, the segment never aired. 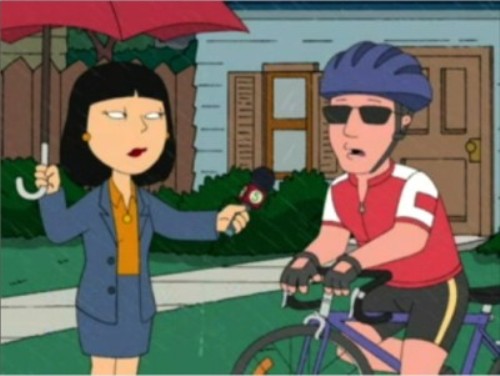 Interviewing Rides-a-Ten-Speed-Everywhere Guy. One of Tricia’s
few assignments that went without incident. 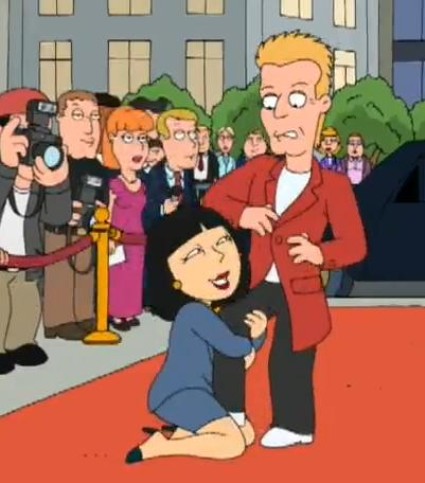 While reporting during the red carpet premiere of Stewie Griffin: The
Untold Story, Tricia revealed herself to be an avid David Bowie fan,
to the surprise of many ….including David Bowie. 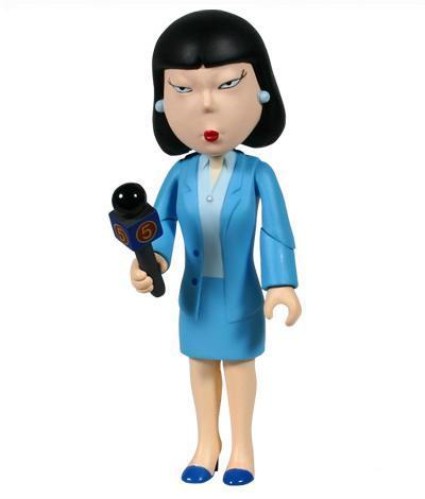 Tricia’s popularity even spawned an action figure that was painstakingly
crafted in her likeness. However, the clothes are not removable. 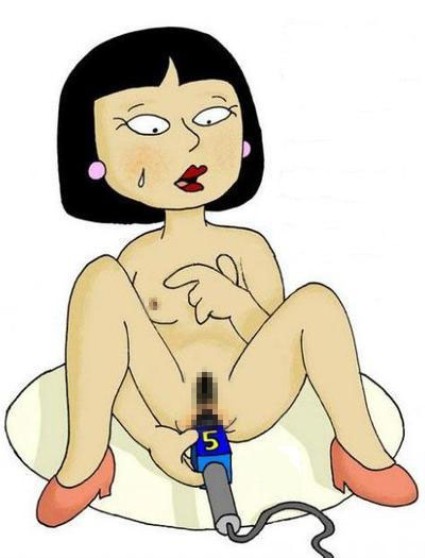 A few years ago, a notorious website known for hiring look-alike models to pose for lewd photos and videos as the celebs they resemble, posted a set of photos with the above model, claiming it was Tricia. Even though this lady does bear a bit of a resemblance to the WQHG reporter, it’s clear to see she’s an impostor. I’m posting this select example of the set here merely for informative purposes, not gratuitous ones, hence the pixelation of the naughty parts.

As previously mentioned, Tricia’s most memorable series of reports was her 2000 Special Report on Sex. In the segment, she picked up a complete and potentially dangerous stranger in a hotel bar (who turned out to be an infamous Quahog Lothario named Glenn Quagmire), and took viewers “in depth and undercover” as she had sex with him.