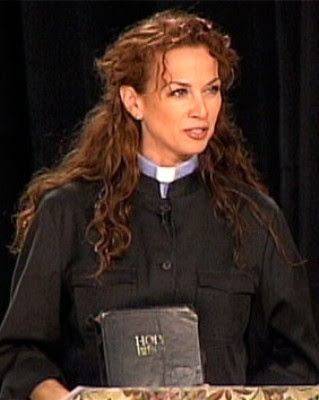 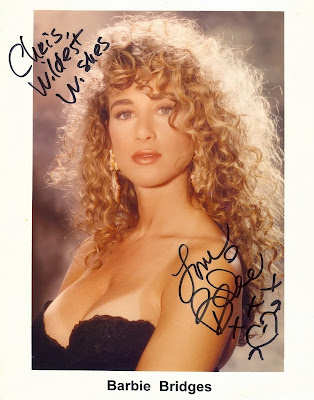 The unusually-sexy-for-her-occupation pastor Melissa Scott was once known as adult video star Barbie Bridges. In fact, I met Melissa/Barbie at the Deja Vu Showgirls in Nashville, Tennessee in late 1994. I’d never heard of her before then. She just happened to be appearing there when I visited. She was billed as a former Playboy Playmate in one of their foreign editions. I got a chance to briefly speak with her there after one of her performances and when I did, I asked which issue she’d appeared in. I remember she replied in a stereotypical dumb blonde voice; “all of ’em.” As I thanked her for the signed photo (above right), she said, “Sure hon. Can I have a hug?” Of course, I obliged.

Fast forward to just a couple of years ago, when I stumbled upon Barbie as her later incarnation, Melissa Scott, while late-night channel surfing. Naturally, I was curious about finding out a little more about such an attractive female evangelist. Without making the connection, since her appearance was quite different, I did some Googling and quickly found articles stating that Miss Scott was formerly known as adult video star and nude model Barbie Bridges. I was very skeptical at first. I mean, the sexy pastor that I saw delivering her sermon on television, seemed glib, articulate, and intelligent ….if not on the up-and-up, and Barbie seemed pretty ditzy when I met her at Deja Vu. However, after checking some credible sources, I learned it was true; they are one and the same. A search of either name will yield many articles confirming it. One of the better ones is by Gretchen Voss at MarieClaire.com. 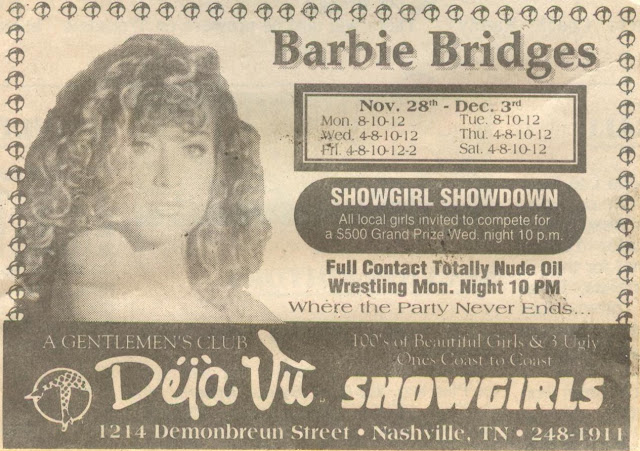 The Cast of Yoga School

The poster for the 2009 Korean summer horror film Yoga School, caused quite a buzz that preceded the film’s opening. The eerie, photo-manipulated image features actress Lee Young-jin, with a tagline that reads, “Do you also want to be pretty?”