Toronto-based Naked News (whose own Yukiko Kimura has been featured here) has branched out even further by recently launching its Korean affiliate. The announcement was made at a press conference in Seoul earlier this month (above).

However, the Naked News Korea anchors won’t really be naked. They will have two versions; an “adult” version, where the anchors will just be topless, and a (no kidding) “teen” version, where the anchors will be clad in bikinis and lingerie. Users will have to log in to the site using their Korean national ID numbers, which is how their age will be determined.

The Korean Naked Newscasting team will be comprised of nine beautiful anchors, ages 22-27 (actual ages, not “Korean ages”), who, like all their Naked News counterparts in other countries, will deliver all the top regional and international news stories with dedicated professionalism ….while they’re disrobing. Of course and unfortunately, unlike their counterparts in other countries, the Korean anchors will only strip to a certain point. 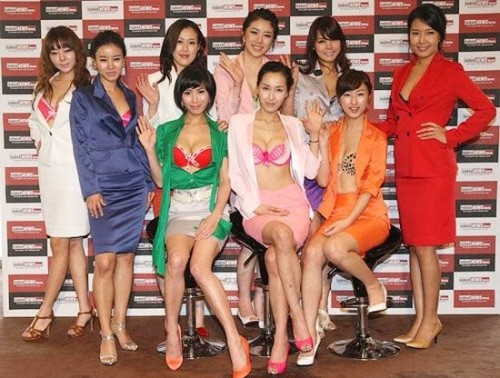 The newscasting team posing together at the press conference 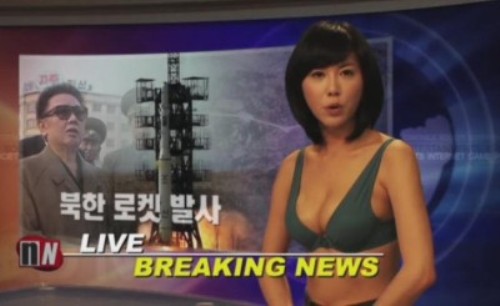 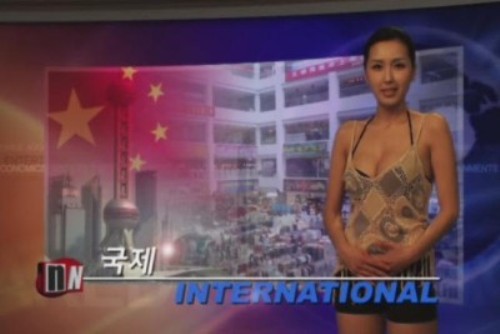 Choi Seon-yi with the international report 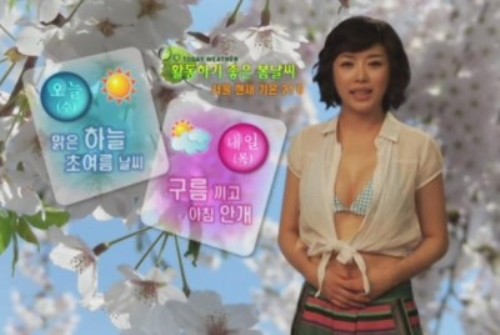 August 2009 Author’s Addendum: Only a month after its launch, Naked News Korea ceased operations, much to the disappointment of subscribers and anchors. (The ones that remained for the entire one-month duration of the show, that is.) Evidently, the show was never an official affiliate of the Totonto-based Naked News franchise and the CEO running things at NN Korea was not on the up-and-up. Read about it here. Below is a photo of the four remaining newscasters right after learning that Naked News Korea folded and that they would probably never see any pay for their work. 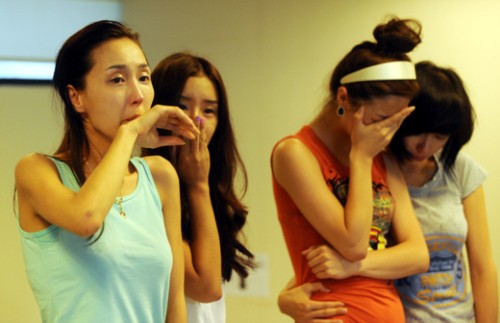 Multi-talented Internet exhibitionist (to sum up with only two words) May Ling Su’s images and videos may leave little to the imagination, but she definitely has an imagination of her own.

The Ladies of Streets of Vengeance

Since its mid-October release, Paul Ragsdale’s carnal thriller Streets of Vengeance, described as an 80s-style female revenge movie, has met with many favorable reviews by indie film critics. However, this article won’t be a review

When Nikkatsu movies began centering on bondage and S&M themes, several starred Noami Tani, a young actresses who savored her roles and looked great in rope. Naomi was one of the three actresses who became known as the first “Nikkatsu Queens.”