The creation of Japanese animator Go Nagi, Kekko Kamen first appeared in a popular Japanese manga series saying such memorable lines as “Nobody knows my face, but everybody knows my body” and “I don’t mind showing my body in the name of love and justice!”

The comic book eventually led to an original video animation series and several movies with four different actresses filling the role as the sexy masked superheroine over the years. The best-known being JAV idol Maria Ozawa, above.

For those of you who aren’t familiar with the character, Kekko Kamen (sometimes spelled “Kekkou Kamen”) fights the evil forces at the “Spartan Institute of Higher Education,” a girls boarding school run by a principal named the “Toenail of Satan” who takes a sadistic delight in dishing out humiliating punishments to the students, most often, pretty Mayumi Takahashi, whose innocence and hot body make her a prime target for him and his perverted staff, so needless to say, Mayumi is often in need of Kekko to come to her rescue.

Wearing a red mask with bunny-like ears, a long red scarf, gloves, boots and…nothing else, Kekko is quite skilled with nunchucks, rides a red scooter and the finishing move she uses to take out her opponents, is a flying headscissors where she plants her brightly radiating crotch firmly in the bad guy’s face, breaking his neck and leaving him with a permanent death smile and what you’re listening to now is Emi Shinohara singing “Kekko Kamen no Uta,” the animated series’ official theme song. A good independent review, that pretty much sums up why Kekko fans are Kekko fans, is here. 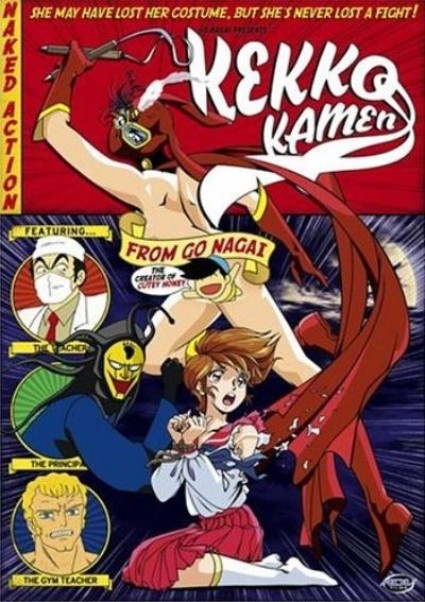 Cover of the 2005 US DVD release (I love the what the header reads)
that was actually a re-release of the 1991 and 1992 Japanese originals. 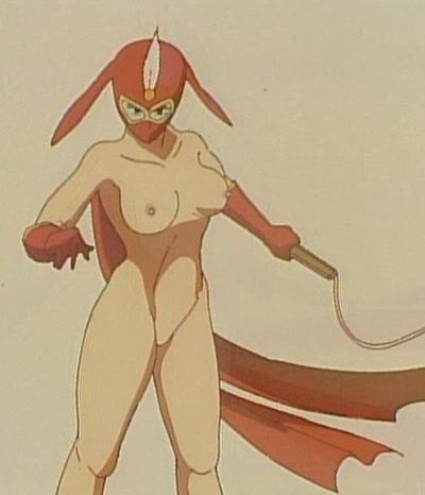 Kekko, as she’s depicted in some of the later anime videos. 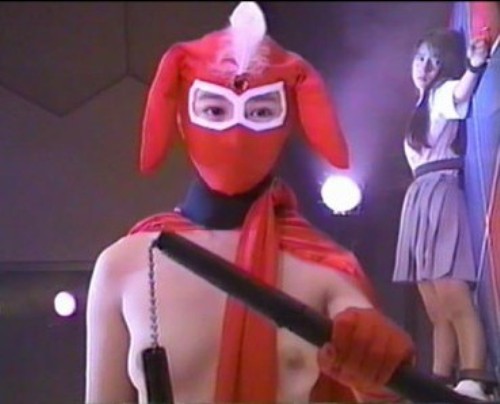 Even though the credits show Kekko Kamen as being played by “?”, former Japanese
Playboy Playmate, Chris Aoki (Please don’t confuse with the male golfer of the same
name!) originally played the lead role in Kekko Kamen (1991), Kekko Kamen 2:
We’ll be back… (1992), and Kekko Kamen in Love (1993). 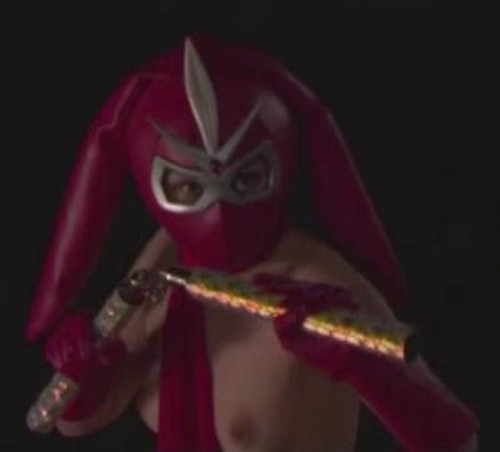 After an 10-year gap between movies, Shino Saito donned the outfit (as it were) for
the 2003 films, Mask of Kekko Kamen and Kekko Kamen:The MGF Strikes Back. 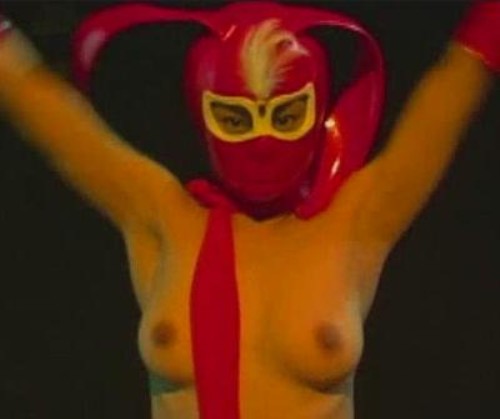 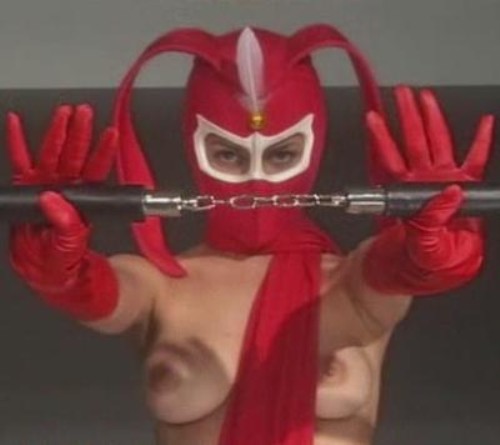 A few scenes from Kekko Kamen 2: We’ll be back… with Chris Aoki. Included here are
scenes in which Kekko shows her skills with the nunchucks as she comes to the aid of some
female students in peril, and her finishing off the villain with her flying crotch headscissors.

Which actress made the best Kekko Kamen?

A Slice of Cheesecake – Melba Ogle

Melba Ogle (b. 1942) was Playboy’s July 1964 Playmate of the Month. Hef’s “girl next door” mandate for the earlier years of Playboy magazine’s subjects was something of a double-edged sword. On the plus side,

Called “doumi,” in Korea (Korean word for “helper”), these ladies have been a common sight on city sidewalks and in stores of South Korea since the early 1990s, dancing to pulsating music while promoting grand openings, special events, or sales.