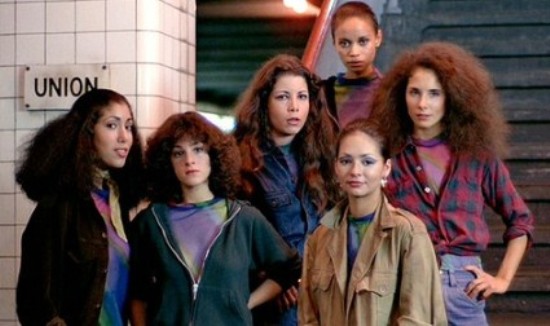 The 1979 cult film The Warriors, featured many sinister and eerily charismatic New York City street gangs that claimed their own parts of the city and didn’t take kindly to rivals passing through those turfs. (My favorite bunch were the Baseball Furies from Riverside Park, Manhattan, but this is about the ladies, so we’ll move on.) The only female gang in the movie was the Lizzies from Union Square, Manhattan.

Above are the deadly dames making their first appearance in the film on the Union Square subway platform, laying in wait for three members of the targeted Warriors, intending to use their feminine charms to lure them back to their hangout (which was right across the street from the famous CBGB’s club) for a little party. The actresses are, from left to right (Appreciate this because this is probably the only place on the net where you’ll find at least some of the Lizzies IDed by the portraying actresses!): Dee Dee Benrey, Kate Klugman, Lisa Maurer, unidentified (top), Wanda Velez (bottom), and Laura Delano (credited as Laura De Lano). 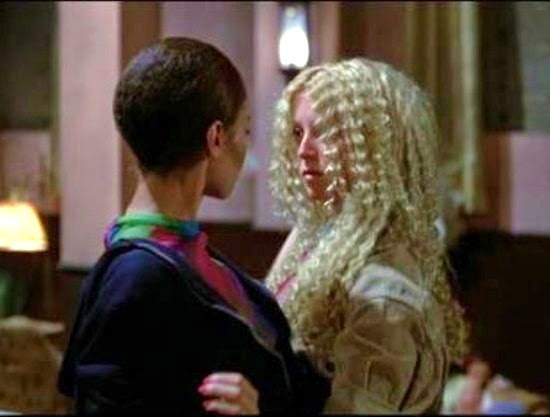 Back at their hangout, two members of the Lizzies (the blonde played by Heidi Lynch) make a good case for changing one of the vowels in the gang’s name. 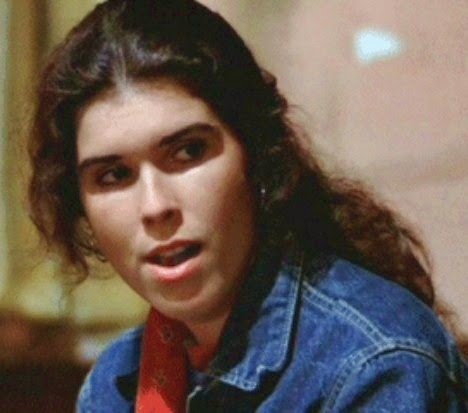 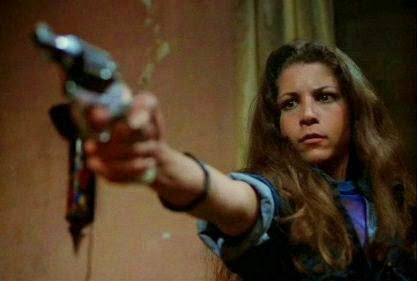 Victoria Vanderkloot (left) is the Lizzie who takes a pretty hard chair shot as the Warriors are trying to make their way out the door after the ladies (Lisa Maurer at right) break out their police specials and they see that…. 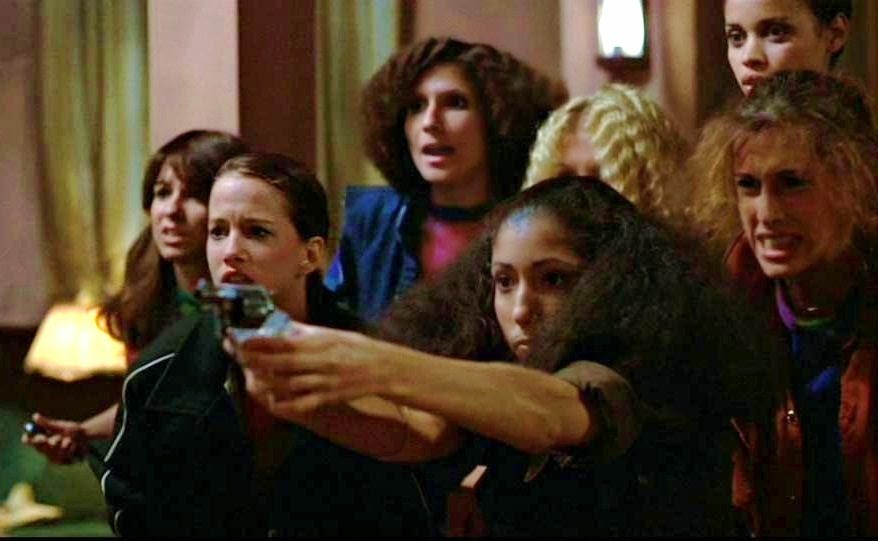 …”the chicks are packed!” Believing the Warriors were the ones that blew away Cyrus and there’s a bounty on their heads, the Lizzies attempt to make a bigger name for themselves by wasting the three Warriors they lured back to their hangout. Among all the ladies hoping Dee Dee Benrey can plug at least one of the Warriors as they make their exit, is Doran Clark (pictured right above the gun) and Iris Alhanti (credited as Iris Alahanti and is now Iris Klein, at top center.)

(The rest of the actress who have yet to be identified are Jordan Cae Harrell, Donna Ritchie, Patty Brown, and Suki Rothchild. So, each of the still unidentified faces is one of those names.)

Unlike the Major League Basebell teams in the US, all of the eight teams in the Korea Baseball Organization have cheerleading squads, stirring up fans on both sides of the park during games. Here are some of the ladies from all eight of those squads.

The Ladies of The Vampire Who Admires Me

This 2008 Hong Kong comedy-horror film centers on a sexy group of young models who travel to the ancestral home of their director’s boss, on “East Dragon Island,” to shoot some print ads for the “Zombie” clothing line.

Although they share a common theme and all-female casts, the films in the Korean “Whispering Corridors” anthology are not linked to one and other in terms of a continuing storyline or recurring characters.